Around $10 million spent on international litigation under PTI govt

Around $10 million spent on international litigation under PTI govt 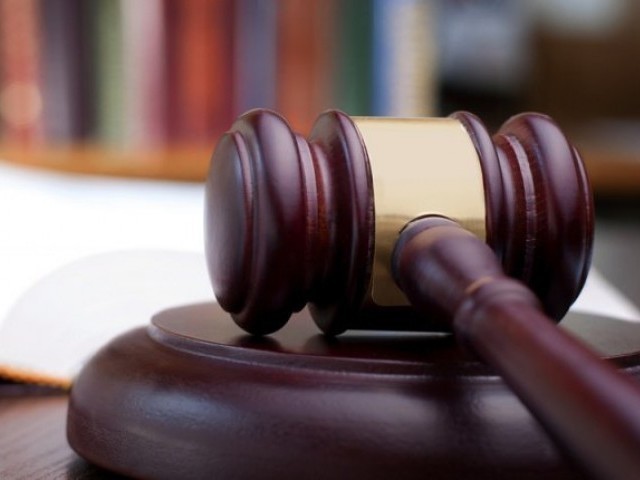 ISLAMABAD: Pakistan’s top lawyer has advised the federal government to form a commission to fix responsibility for the billions of rupees in penalties the country faces on account of various international arbitration cases it has lost, mainly due to verdicts by Pakistan’s judiciary.

Attorney General for Pakistan (AGP) Anwar Mansoor Khan on Tuesday brief the federal cabinet in detail about the status and causes of the international disputes the country has been embroiled in, their implications, the total liabilities imposed by them and recommendations for devising a policy response to them.

The AGP recommended that his office be consulted when investment treaties and contracts are negotiated so that any potential dispute or risk factors can be acted on in a timely manner. He also advised the cabinet to allow his office to immediately fill sanctioned posts in order to build capacity to deal with disputes and control costs.

Khan informed the cabinet that Pakistan is currently involved in three kinds of international disputes, namely contractual/commercial disputes, treaty-based disputes and disputes involving national security. He pointed out that cases like Reko Diq, Karkey, IPP and Iran-Pakistan gas pipeline disputes are of the first kind and have economic implications. In contrast, the Indus Water Treaty, Kulbhushan Jadhav and Samjhota Express bombing disputes have national security implications.

The AGP pointed out that international litigation against Pakistan has been growing and international cases involving Pakistan have shot up to 45 from six in just three years. He informed the cabinet that more than half of these cases are being argued over internally, despite an immense human resource shortage.

According to Khan, Pakistan has spent as much as $100 million on legal fees due to international litigation. Around $10 million have been spent under the current Pakistan Tehreek-e-Insaf government.

While the AGP office is trying to upgrade capacity to save these costs, the top lawyer also pointed out that Pakistan is already facing $1.066 billion in financial liabilities in three cases. The country has to pay liabilities worth $900 million in the Karkey case, $145 million in nine IPP cases and $21 million in the Broadsheet case.

Another $11.57 billion in claims are still pending against Pakistan, the AGP told the cabinet. In the Reko Diq case, the Tethyan Copper Company is claiming $11 billion in damages and it is expected that the award will be announced soon by the arbitrators. Claims of $300 million and $50 million have also been made against Pakistan in other IPP cases and the Hyderabad funds case.

Only one consultant is currently employed against a sanctioned strength of 10 consultants and five associate lawyers. The AGP added that the Foreign Office did not have an expert in international law either, forcing it to rely on the AGP office for legal advice.

Despite these challenges, the cabinet was told that Pakistan’s overall performance before international tribunals up till now has been very satisfactory. The AGP said the country has been successful in 13 out of 16 cases it faced in the last six years.

A £77million claim against Pakistan in the Progas case was dismissed and $42 million were recovered in the Ali Alawi case. Claims in matters relation to the Minhaj Khokhar and Orient cases were also dismissed.

Pakistan was awarded a $532 million counterclaim in the Daewoo vs National Highway Authority case and Pakistan State Oil was awarded all costs in the FAL Oil case. Millions of dollars costs were recovered in the Agility international case as well.

In May, the World Trade Organisation’s (WTO) Appellate Body declared European Union’s countervailing duties inconsistent with its subsidies and countervailing measures agreement with Pakistan. An EU appeal against the decision was turned down.

The WTO also ruled against countervailing duties imposed by EU on import of polyethylene terephthalate from Pakistan. The EU had imposed the crippling trade defence duties in June 2009.

Pakistan also successfully won two cases against South Africa resulting in the lifting of anti-dumping duties. Likewise, Pakistan was able to successfully defend itself against the US in a matter related to export promotion schemes. The country also recovered $99 million in a case pertaining to encashment of guarantees from Turkish banks.