Solskjaer the right choice but needs time at United: Herrera

Solskjaer the right choice but needs time at United: Herrera

Red Devils were knocke­d out of the UCL quarte­r-finals and finish­ed sixth in the Premie­r League­
By Reuters
Published: May 14, 2019
Tweet Email 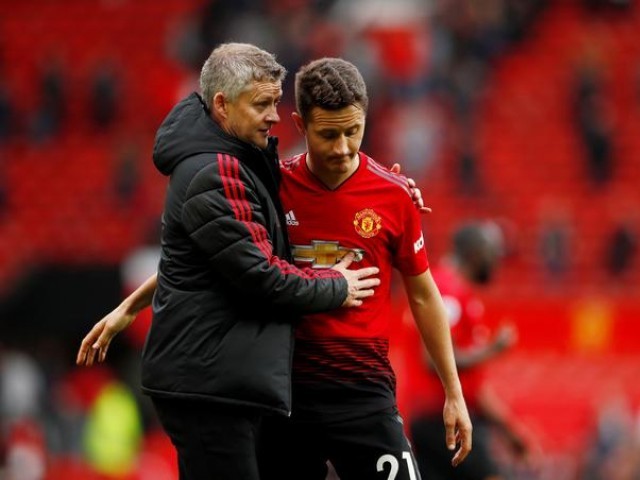 Solskjaer, who took interim charge of the club in December, won 10 of his first 11 games in charge and was handed the job on a permanent basis in March only for results to nosedive in the months that followed. PHOTO: REUTERS

LONDON: Ole Gunnar Solskjaer is the right manager to rebuild Manchester United but needs time to get the team back in a position where they can compete for titles, departing midfielder Ander Herrera has said.

Solskjaer, who took interim charge of the club in December, won 10 of his first 11 games in charge and was handed the job on a permanent basis in March only for results to nosedive in the months that followed.

United were knocked out of the Champions League quarter-finals and finished sixth in the Premier League after a dismal run of two wins in their last 12 games, leading to questions about whether the Norwegian is the right man for the job.

“He’s the right person. I really believe in (the coaching staff)… but I think there’s a tough job ahead. The club will need time, confidence and support.”

Herrera, who announced the end of his five-year stint at United last week, highlighted how long it had taken United’s rivals Liverpool to get to a position where they could challenge for silverware again.

Liverpool, who finished second in the league, a point behind champions Manchester City this season, have reached the Champions League final for the second year in a row and will take on Tottenham Hotspur in the Madrid showpiece on June 1.

“Liverpool are probably going to win the Champions League but… they haven’t won one title in the five years I’ve been here,” Herrera added.

“They have done incredible work but the fans have given them time. That’s what this club needs at the moment.”

The Spaniard also said United’s players needed to take responsibility for the club’s struggles and refused to blame Solskjaer or his predecessor Jose Mourinho for their abysmal season.

“I think every one of us has to take responsibility for what we have done wrong,” Herrera said.

“It’s very easy when a manager is sacked to blame someone else but it’s the fault of every one of us.

“When you’ve a bad season, 75% is the responsibility of the players. We’ve done bad things. We have done some good things but, for Manchester United, it’s not enough.”