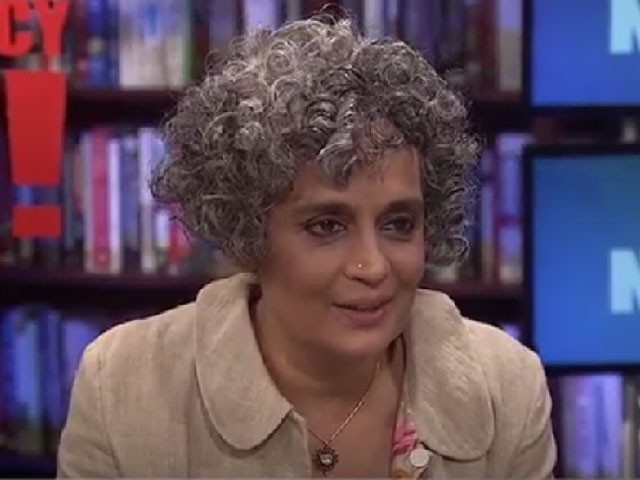 World-renowned and award-winning Indian author Arundhati Roy has said the Pulwama suicide attack was a massive intelligence failure and hinted towards the attack being a false flag operation.

In an interview with Democracy Now, she said: “Pulwama is a really big question mark, which we need to understand what actually happened. Because in Kashmir, historically, there have been many, many false flag attacks.”

Roy also raises some pressing questions during the interview and said, “Modi [Indian prime minister] started campaigning using the pictures of the dead security forces, which was so terrible. And there’s absolutely no talk about the intelligence failure. How could it happen? How could so much RDX be smuggled in when people are just–people are stopped and checked while they’re going to buy milk? How did this happen? The convoy–the route of the convoy is always protected.”

Commenting on the Indian-Occupied Kashmir (IoK), she said, “Kashmir is like a pressure cooker in which anything can happen at any time.”

She said the occupied valley needs to become a buffer zone between two nuclear powers (Pakistan and India) and not a flashpoint.

“Well, let’s put it simply–that in April, India and Pakistan became the first nuclear-armed countries ever in history to bomb each other. So that should be enough reason for everybody to sit up and pay attention,” insisted Roy.

Pakistan closed its airspace in February this year after a suicide bomber attacked an Indian security forces convoy in IoK, killing at least 40 soldiers.

Following the attack, both countries carried out aerial bombing missions on each other’s soil and their warplanes also fought a dogfight over Kashmir. Meanwhile, diplomatic ties between the two neighbours are also at a standstill.