US has not imposed any visa restrictions on Pakistan: FM Qureshi

US has not imposed any visa restrictions on Pakistan: FM Qureshi 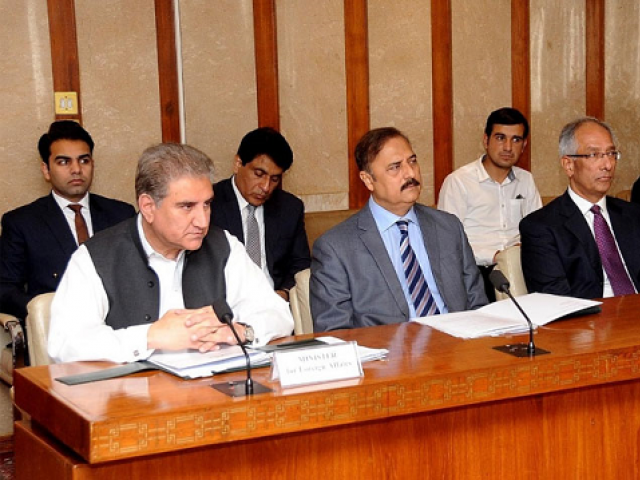 FM Qureshi briefed a session of the National Assembly Standing Committee on Foreign Affairs  in Islamabad on Tuesday. The session was chaired by Ehsanullah Tiwana.

The foreign minister said that the United States is going to deport over seventy illegal Pakistanis.

“Pakistan has asked the United States to fulfill legal requirements for the Pakistanis being deported.”

US may deny Pakistani officials visa over deportee row

Expressing concern for tension between Iran and the United States, Qureshi said that the crisis was impacting the region.

Pakistan is closely observing the situation and will formulate strategy keeping in view the national interest, the foreign minister said.

“Pakistan wants to make progress on a multi-billion dollar Iran-Pakistan Gas Pipeline project, however there are third party hurdles in the form of sanctions against Iran.”

The foreign minister said Pakistan and China are reviewing the matter of human smuggling and an effective policy will be framed in this regard. He said some forces want to affect the relations between Pakistan and China.

FM Qureshi stated that Pakistan is facilitating the intra-Afghan dialogue.

The foreign minister informed the committee that he will pay a two-day visit to Kuwait on Saturday and will hold meetings with the Kuwaiti leadership. He said he will also take a letter from Prime Minister Imran Khan to the Emir of Kuwait regarding the visa issue.

FM Qureshi said that, “enhancement of bilateral trade will be discussed in the meetings,” adding that the Emir of Qatar is also expected to visit Pakistan in the near future.