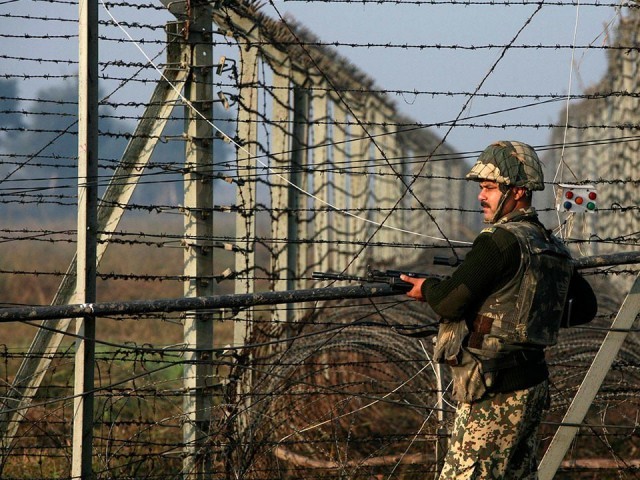 ISLAMABAD: The Indian army has requested Pakistan to stop the use of artillery fire after it suffered heavy losses in the recent military standoff between the two nuclear-armed neighbours, official sources disclosed here on Monday.

It is not immediately clear if Pakistan has accepted India’s request but development suggests that the two countries might be discussing the options of de-escalating tensions along the Line of Control and the Working Boundary.

It also indicates that the channel of communications that were suspended during the military standoff in February may have been restored.

Details of that meeting were not shared with the media but the Indian request seeking end to the artillery use was believed to be one of the talking points.

Neither the Foreign Office nor the military’s media wing was immediately available to comment on the Indian request.

Giving background of the Indian request, sources said on February 28, a day after Pakistan shot down two Indian fighter jets and captured one of its pilots, intense exchange of fire took place between the two countries along the LoC.

There was “massive exchange” of fire and Pakistan’s befitting reply to the Indian misadventure destroyed several Indian posts. At least 34 Indian soldiers were killed on that day because of the LoC fire, the sources added.

Relations between Pakistan and India have been on the edge since the February 14 attack on the convoy of a Indian paramilitary police in Pulwama.

India was quick to blame Pakistan and barely two weeks after the Pulwama incident sent its fighter jets across the LoC.

However, evidence on the ground and several independent accounts contradicted the Indian version.

Pakistan, which called the Indian aggression as violation of its sovereignty, retaliated the next day by engaging targets across the border but dropped the missile in open fields just to show that it had the will and capacity to hit back.

The retaliation triggered a dog fight, leaving two Indian fighter jets’ downed. Pakistan also captured one of the Indian pilots but released him quickly in order to defuse the impending crises.