The tech sector has been boomin­g over the past decade, boosti­ng hopes that it can become a global IT powerh­ouse
By AFP
Published: May 14, 2019
Tweet Email 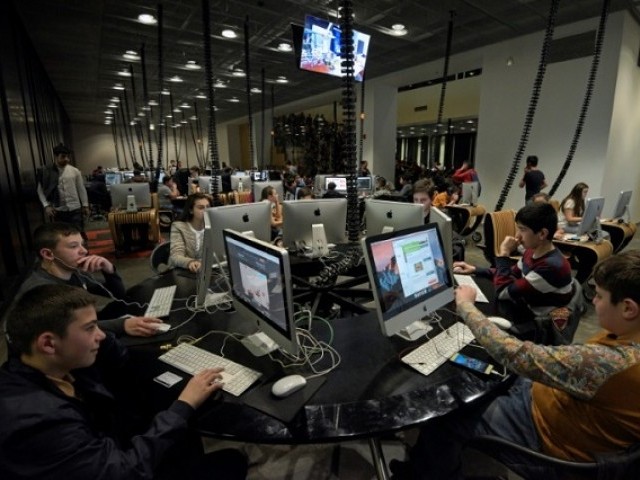 YEREVAN: In a sleek classroom in Yerevan, the capital of Armenia, one of the poorest post-Soviet republics, 14-year-old Nazeli Ter-Petrosyan peers at the screen of her Apple Mac.

During a computer programming course offered at the high-tech Tumo school, Ter-Petrosyan and her classmates learn how to digitise medieval texts.

Her computer screen features a page from a 15th century Bible held at Armenia’s famed repository of ancient writings, the Matenadaran.

Armenia, which is known for its rich history and troubled past, has grappled with poverty, unemployment and a brain drain since the breakup of the Soviet Union in 1991.

China is overtaking US in artificial intelligence

But despite a stagnant economy, Armenia’s tech sector has been booming over the past decade, boosting hopes that one day the resource-poor country can become a global IT powerhouse.

Tumo is a cutting edge, after-school learning centre, where around 7,000 Armenians aged 12 to 18, from all walks of life, study for free.

The project has been so successful that there is already a Tumo school in Paris and plans for others in Europe and the United States are under way.

In one of the centre’s workshops, students are buzzing with excitement as they learn how to build robots from Lego kits and programme them to perform tasks like collecting rubbish or making a salad.

“We are working on projects that we will be able to later use in our everyday life,” said Davit Harutyunyan, 14, as he showed off a half-assembled robot.

The South Caucasus country of three million people boasts a vibrant startup scene and its tech workers have been a driving force behind a wave of peaceful protests that ousted the old elite from power in 2018.

Tumo aims to raise the next generation of tech professionals and play a role in creating a knowledge-based economy in a country where 30 per cent of the population live in poverty.

“We want to become one of the world’s most competitive labour markets,” added Papazian, who holds a master’s degree from Massachusetts Institute of Technology (MIT) in the United States.

The non-profit centre was founded in 2011 by Sam and Sylva Simonian, a US-based couple who are part of the influential Armenian diaspora formed largely as a result of World War I massacres by the Ottoman forces.

The school occupies two floors of a six-storey pink tufa stone building, located on the outskirts of Yerevan in the shadow of Mount Ararat which stands just across the border in Turkey.

The Simonians provided the initial investment of $60 million to set up the project but it is now largely self-sustaining, with the centre renting out several floors to tech companies.

“In Armenia what Tumo offers is extraordinary,” Julian Sefton-Green, a professor of new media education at Deakin University, in the Australian city of Melbourne, told AFP in emailed comments.

Tumo offers “a particular vision of a techno future,” said Sefton-Green, who visited the school and studied its educational model.

On average, students spend two to three years at the centre.

They create their own learning plans and are assisted by instructors, many of whom come from companies such as Google and Pixar.

There are no grades and, at the end of their studies, students receive digital portfolios showcasing their work.

Tumo has established three satellites across the country and Azerbaijan’s breakaway region of Nagorny Karabakh.

Plans are under way to open more than 20 centres over the next 10 years.

Papazian said the staff had been struck by the poverty in which some of their students live. “We are helping them discover a new world,” he added.

The authorities have embraced the initiative and it has become a ritual for foreign dignitaries and other top guests to visit the school.

“This Tumo is not for Armenia only. It’s international. It’s a philosophy,” she said in August during the first visit to Armenia by a German chancellor.

In some ways, the Tumo project could be viewed as being ahead of its time for Armenia, which still lacks the rule of law and a stable economy, among other things.

Sefton-Green said that only time would tell if the pioneering school would help reshape the country.

“Unless there is structural economic response to the kind of investment Tumo has offered, it is possible that benefits will not be felt,” he said.

“However the country itself is in a good place to be able to rise to these kinds of challenges.”