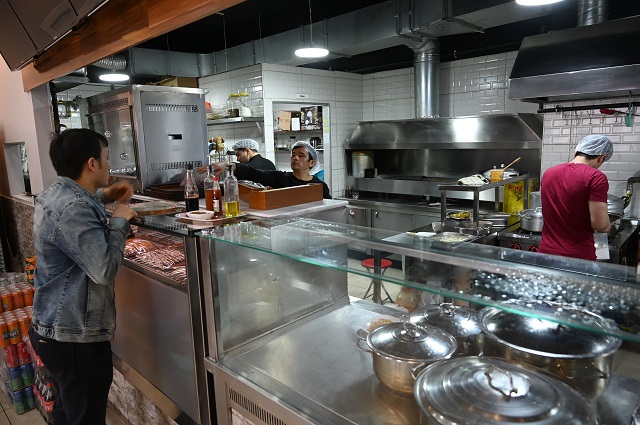 Afghan employees of an Afghan Kebab restaurant are at work in Esenyurt district in Istanbul. PHOTO: AFP

BEYLIKDüZü: When Afghan businessman Haji Yakup Burhan fled the violence of his home country 30 years ago, he brought with him his family – and all his money. 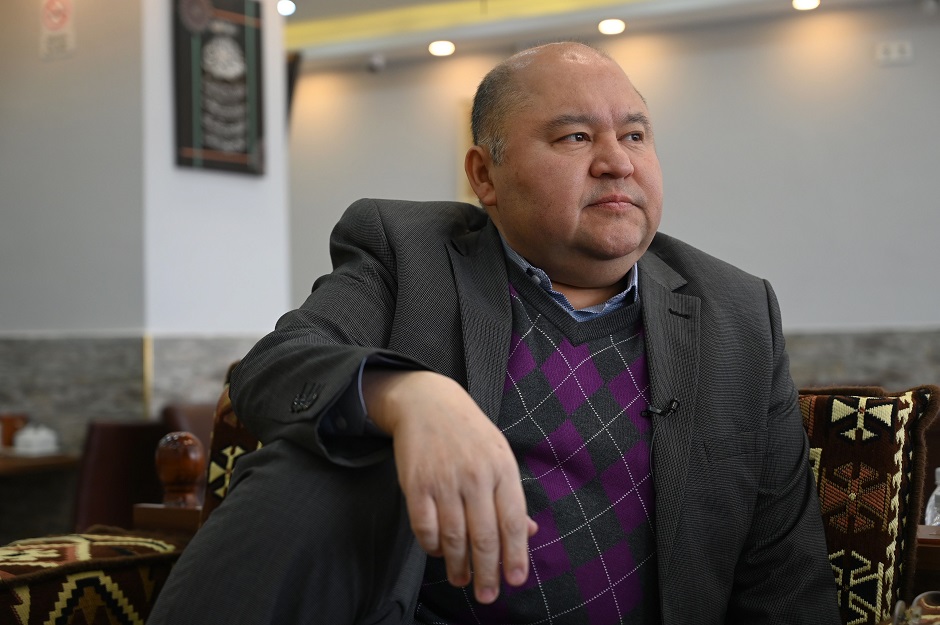 He headed to Saudi Arabia, where he opened a restaurant but, as refugees, his children had difficulty getting into a school. Then he moved to the United Arab Emirates, but Dubai’s costs seemed impossible.

So, two years ago, he moved to Turkey and opened a restaurant in Istanbul’s Esenyurt neighbourhood, taking advantage of the country’s relatively open business environment for refugees.

“Over 60 per cent of our customers are Afghans living here. The rest are Arabs, Iranians, and Turks,” he said. 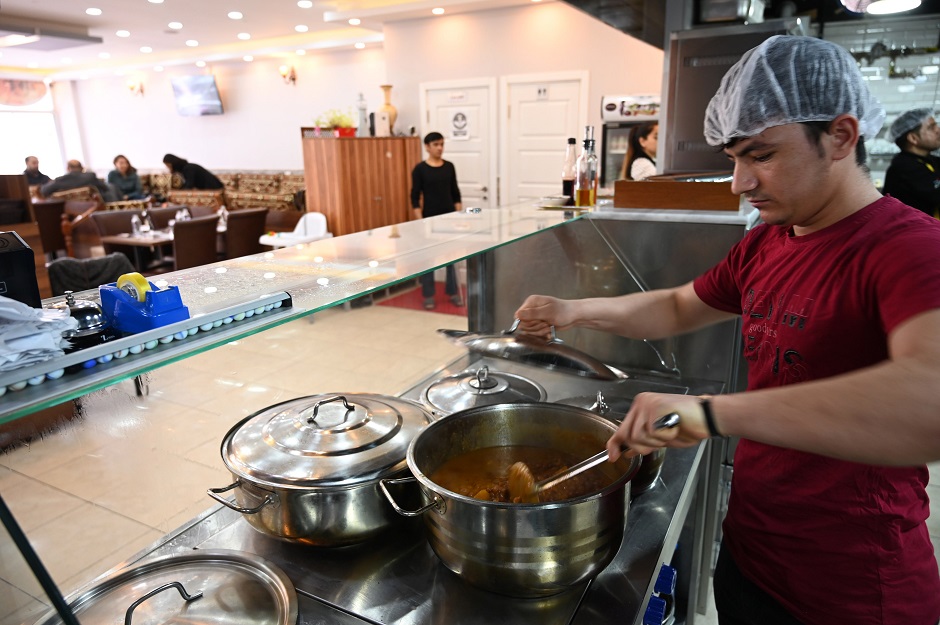 Afghan employees of an Afghan Kebab restaurant are at work at Esenyurt district in Istanbul. PHOTO: AFP

Afghan refugee entrepreneurs appear to be increasingly finding success in Turkey, where they bring to the local economy, not only their savings but sought-after know-how, whether in restaurants, commerce or skilled crafts and specialties.

Some people in Turkey view refugees as a burden, but a different picture emerges in Burhan’s bustling Istanbul suburb, where refugees like him have made a significant investment in the Turkish economy.

“We are the only Afghan restaurant in this neighbourhood for now,” he told AFP, sitting cross-legged on a mattress, sipping green tea. 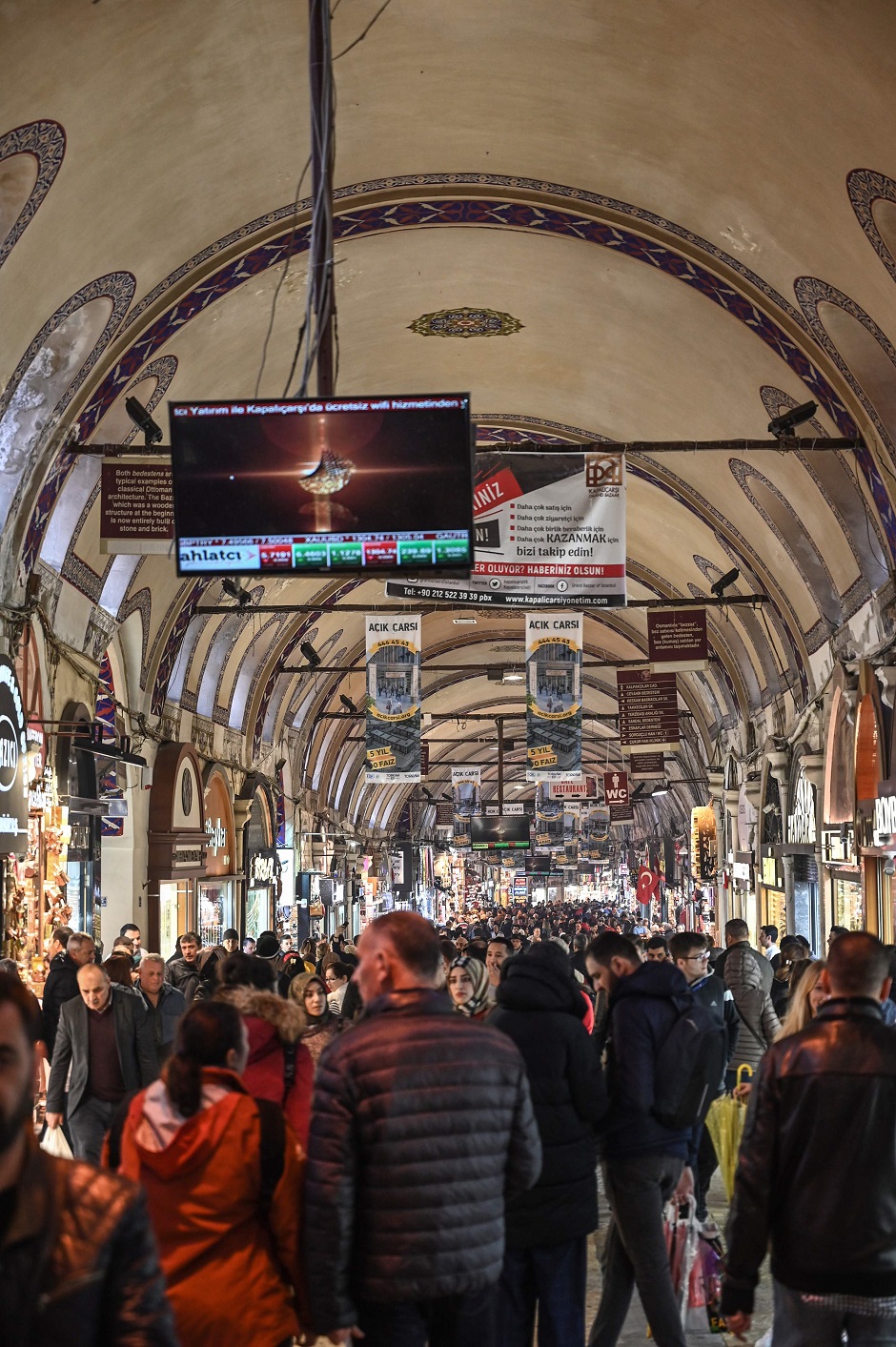 People walk inside the Grand Bazaar in Istanbul. PHOTO: AFP

To attract more investment at a time when the Turkish economy was struggling last year, the government in September slashed from $1 million to $250,000 the threshold at which Turkish citizenship is offered to foreigners buying a property.

It sparked an 82-per cent increase in foreigners buying real estate in the first quarter of this year, the Turkish Statistical Institute (TUIK) said.

Afghans likely account for a small percentage of this hike – precise figures are unavailable – but not all those fleeing the war-ravaged country are destitute. 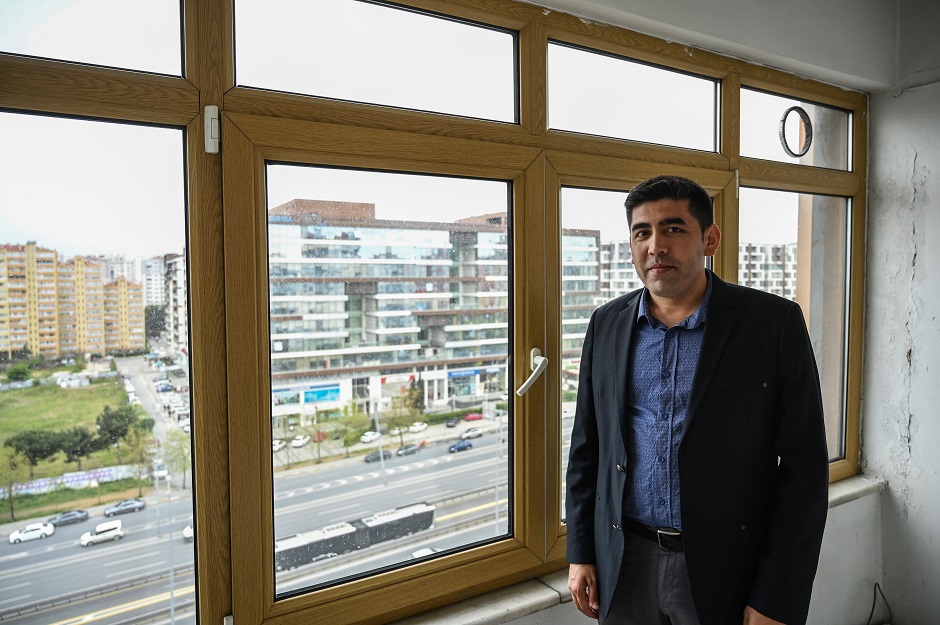 Mehmet Yasin Hamidi, an Afghan who runs the Royalist real-estate agency in Beylikduzu, on Istanbul’s outskirts, told AFP that their sales of homes had doubled this year compared to the same period last year.

“People cannot protect their lives and money in Afghanistan,” Hamidi, who has lots of Afghans among his clients, said. “If you have money, you or your children could get kidnapped. The businessmen are threatened there. That is why they bring their money here.”

Construction of new housing has exploded in Beylikduzu in recent years to meet growing demand for real estate investment by foreigners.

The Association of Housing Developers and Investors says that foreigners bought $4.6 billion of Turkish property in 2018 and the figure is expected to jump to $10 billion this year.

Many refugees arriving in Turkey bring with them diverse skills and experience that allow them to make a contribution to the country’s workforce. 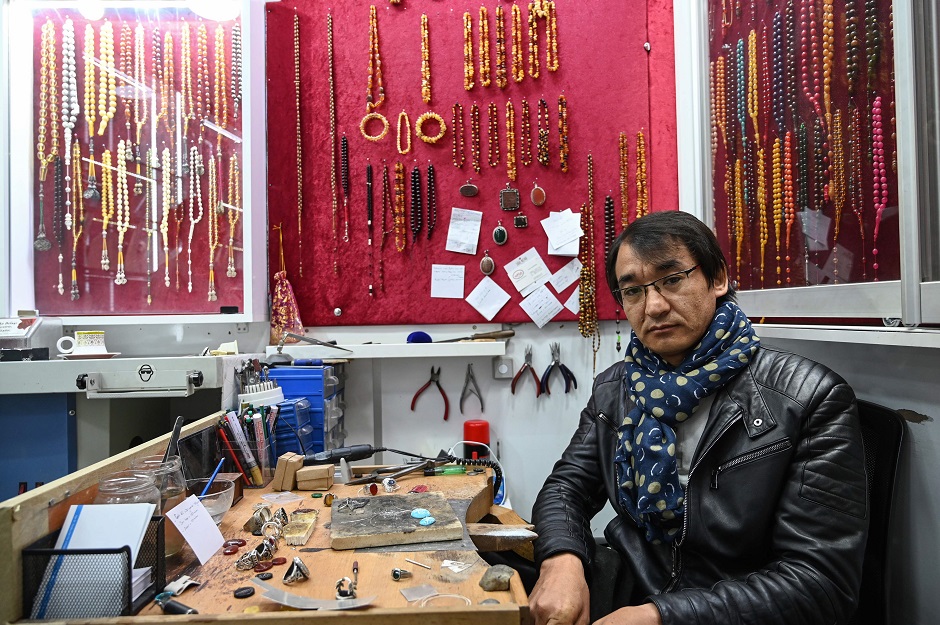 Hadi Ekhlas, engraver, poses for a picture at his workshop in the Grand Bazaar, in Istanbul. PHOTO: AFP

Hadi Ekhlas, an engraver from Afghanistan’s Hazara ethnic group, left the war-torn nation eight years ago. He first went to neighbouring Pakistan to sell his skills. He then moved to Turkey, where he now engraves Islamic and Ottoman scripts on gemstone rings and semi-precious stones – a skill he learned from his grandfather – in Istanbul’s Grand Bazaar, one of the world’s oldest covered markets.

“In the past, some Turkish traders would import stones with engravings from other countries, but now I am making them here and taking orders,” Ekhlas told AFP.

Ekhlas has a Turkish partner, who helps him with marketing, and runs one of the 42 Afghan shops in the Grand Bazaar. “I plan to expand my business in the near future. I’d also like to teach my skills to other Turks here,” he said. 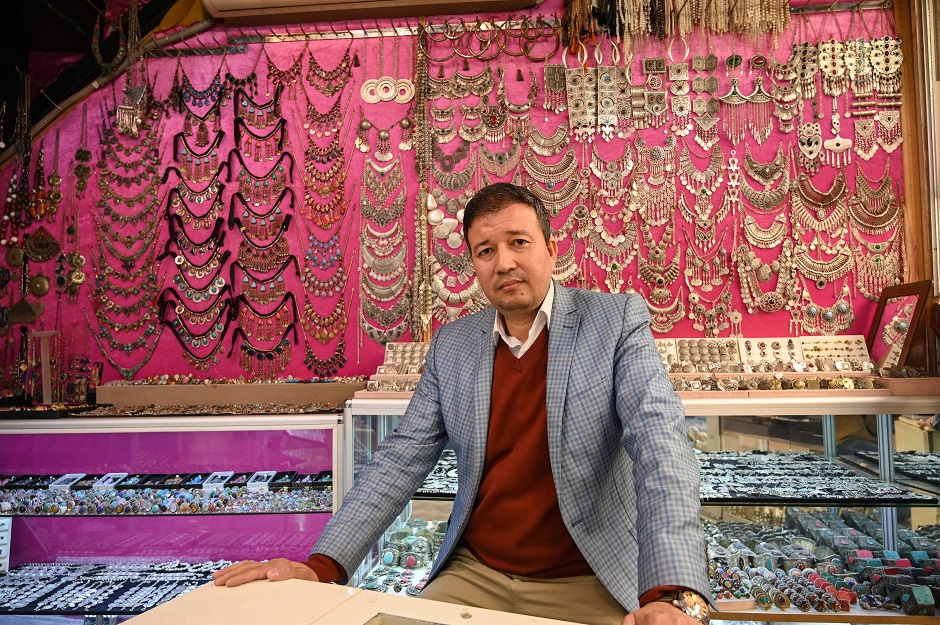 Expert Afghan jeweler Khalil Nuri poses for a picture in his shop, in the Grand Bazaar in Istanbul. PHOTO: AFP

In another corner of the Grand Bazaar, Khalil Nuri, an expert Afghan jeweler, sells rings, necklaces, pendants – just about anything that can be found in Kabul’s many curiosity shops.

“I am a jeweler and an expert in handicrafts and I wanted to continue my profession here,” said Nuri, who fled Afghanistan and has been doing business for the past 12 years in Istanbul.

Meanwhile, Burhan said that he hoped his business continued to do well “because there are a lot of Afghans living here”.

“There are also people who want to give the taste of Afghan cuisine a try.”

Trump to build Mexico border wall with funds meant for Pakistan, others