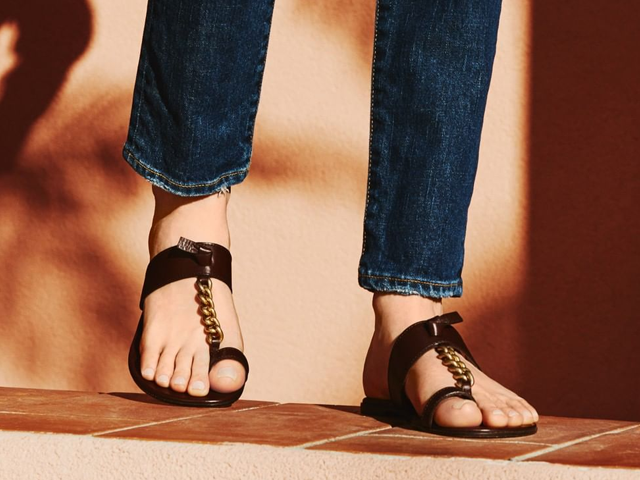 Recently, luxury French shoemaker Christian Louboutin came under fire for ‘revamping’ our beloved Peshawari Chappals and selling them by the name of Imran Sandals.

The designer was called out for cultural appropriation. A post on Louboutin’s Instagram in March, announced the release of the shoe that sparked a social media frenzy in Pakistan.

While some fans praised the latest homage to the country’s rich artisan traditions — critics rolled their eyes.

And while the chappal’s popularity continues to thrive in Peshawar and throughout the country’s northwest, fans of the traditional sandal are less convinced by Louboutin’s new take.

An Italian shoe designer, Gianvito Rossi has unveiled his latest collection and one of the shoes bear an uncanny resemblance to our local comfort footwear.

Calling it Argo flats, Rossi shared the picture on his social media accounts.

Argo flats + denim. The season's chicest uniform is inspired by the Seventies – Tap the link in bio to explore the new collection #SS19 #BohemianFlair

However, this isn’t the first time, traditional shoes have been picked up by an international shoemaker, with a new name.

In 2014, British designer Paul Smith released a sandal that looked strikingly similar to the Peshawari chappal with no initial mention of the Pakistani shoe, sparking fiery protests online and in the press in the country.