White House says talks with China to continue on Friday

White House says talks with China to continue on Friday

Both side agree to contin­ue discus­sions but doesn't hinder steep new tariff­s on Chines­e goods
By AFP
Published: May 10, 2019
Tweet Email 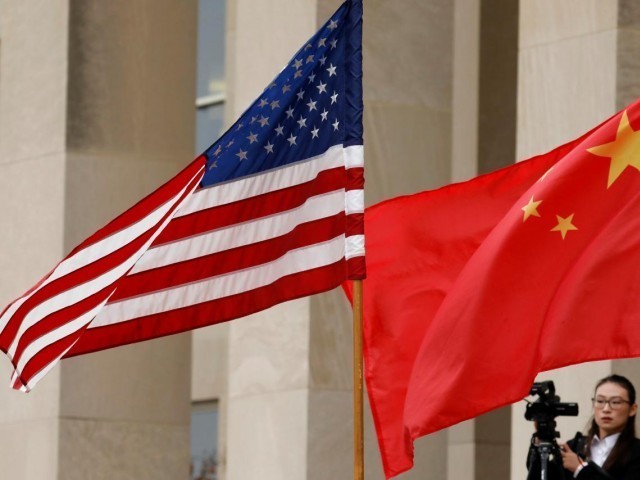 WASHINGTON: Crucial trade negotiations with China will continue on Friday, the White House said late on Thursday night, about 90 minutes before steep new tariffs were set to hit Chinese goods.

President Donald Trump met with the US Trade Representative Robert Lighthizer and Treasury Secretary Steven Mnuchin following the first day of talks with the Chinese delegation and the sides “agreed to continue discussions tomorrow morning at USTR,” the White House said in a statement.

As tariff hike looms, China asks US to meet it halfway

However, the announcement did not affect US plans to more than double the tariffs on $200 billion worth of Chinese imports to 25 percent – dashing hopes that Trump might decide to hold off at the last minute as the negotiations continued.

Since last year, the two sides have exchanged tariffs on more than $360 billion in two-way trade, gutting US agricultural exports to China and weighing on both countries’ manufacturing sectors.

Despite optimism from officials in recent weeks that the talks were moving towards a deal, tensions reignited this week after Trump angrily accused China of trying to backpedal on issues already agreed to in the negotiations.

“They took many, many parts of that deal and they renegotiated. You can’t do that,” Trump said on Thursday.

But he held out hopes of salvaging a trade deal, even with the sudden flare-up in hostilities.

“It’s possible to do it,” Trump said of the trade deal on Thursday. “I did get last night a very beautiful letter from President Xi.”

However, he also said he would be equally satisfied to simply keep tariffs in place. And he has renewed his threat to extend the tough tariffs to all products the US imports from China.

The International Monetary Fund has repeatedly warned that the trade battle between the world’s top economies was a “threat” to global growth, and called for a rapid resolution.

‘Missiles like these will start the war’: North Korea tests showcase growing capability