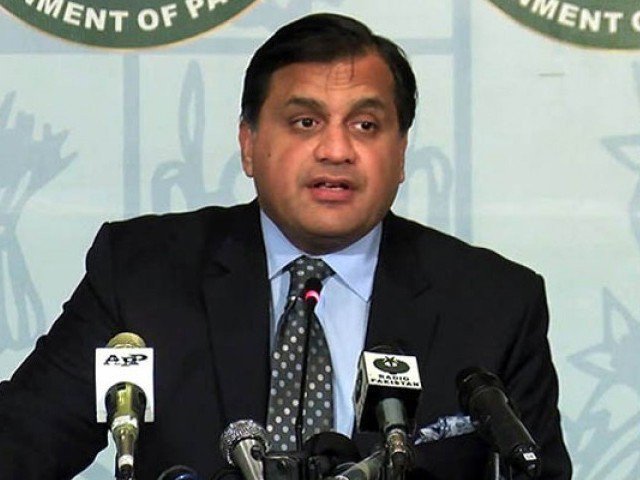 The Foreign Office expressed concern over India’s call for Pakistan to be added to the Financial Action Task Force (FATF) ‘blacklist’ and accused New Delhi of politicising the proceedings.

“India has made several efforts in the past as well to politicise at FATF,” he said and highlighted that calculated leaks were made to Indian media on several occasions regarding FATF proceedings which are meant to be confidential.

He added that the Pakistani delegation had brought the instances to the attention of the FATF president. “India’s attempts to politicise the proceedings in FATF against Pakistan call into question its credentials for co-chairing and being a member of the Asia Pacific Joint Group that reviews the progress made by Pakistan to implement the FATF Action Plan.”

With anti-Pakistan rhetoric in focus, the Indo-Pak ties have suffered since the electioneering began in India.

The FO spokesperson also ruled out a formal meeting between the foreign ministries of the two neighbours countries during the upcoming Shanghai Cooperation Organisation (SCO) moot scheduled to be held on May 21-22 in Kyrgyzstan.

“The two foreign ministers would be present in the meeting and in all likelihood would interact amongst themselves and with other leaders. No formal meeting is, however, envisaged.”

In September 2018, the Narendra Modi-led government cancelled a planned meet between Foreign Minister Shah Mehmood Qureshi and Swaraj on the sidelines of the United Nations General Assembly in New York.

Earlier this year, tensions between the nuclear-armed neigbours escalated after the February 14 suicide attack that killed over 40 personnel in Pulwama district.

Following the incident, the Indian Air Force (IAF) violated Pakistani airspace near the Line of Control (LoC) and were chased away by Pakistan Air Force (PAF) jets on February 26.

The next day PAF fighter jets shot down two Indian warplanes and captured a pilot after they intruded into its airspace while responding to a Pakistani aerial mission on targets inside occupied Kashmir.

With the world’s attention on the subcontinent, Pakistan ‘as a goodwill gesture’ handed over to Indian authorities the captured IAF Wing Commander Abhinandan Varthaman as the nuclear-armed neighbours scaled back a confrontation that has prompted world powers to urge restraint.