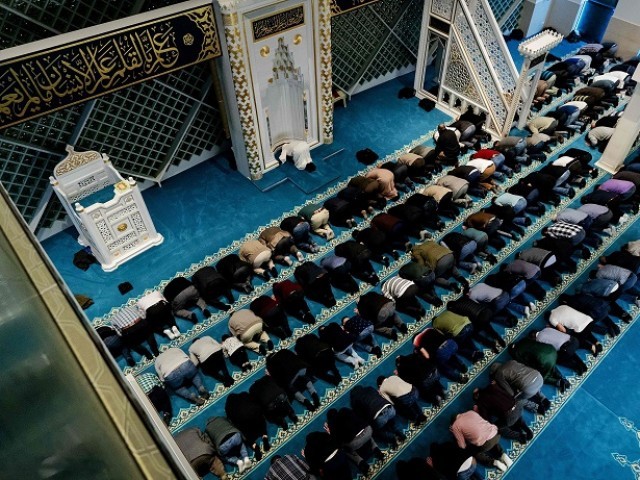 KARACHI: Citizens staged a sit-in in front of the Special Security Unit’s (SSU) headquarters near Aziz Bhatti police station, protesting against an SSU police official’s demand to lower the loudspeaker’s volume during Taraweeh prayers offered at the Expo Centre.

Enraged protesters shouted slogans against the official during the protest and the sit-in staged by them also affected the traffic flow.

Maulana Jameel Rathore, who leads Taraweeh prayers at the Expo Centre, strongly condemned SSU official’s demand. He said that he is being subjected to severe mental torture for the past three days and SSU officials are making it difficult for him to live in peace.

According to Rathore, the superintendent of police visited his house a day before Taraweeh prayers were to begin at the Expo Centre and asked him to take down the loudspeakers.

“They can shoot me if they want but I will lead the prayers till my last breath,” he said. “People demanding to lower the volume during the recitation of Quran should not be pardoned,” he added.

When approached, SHO Aziz Bhatti police station Adeel Afzal said the SSU is trying to resolve the issue and negotiate with the protesters.Citizens stage sit-in in front of SSU’s headquarters, shouting slogans against official