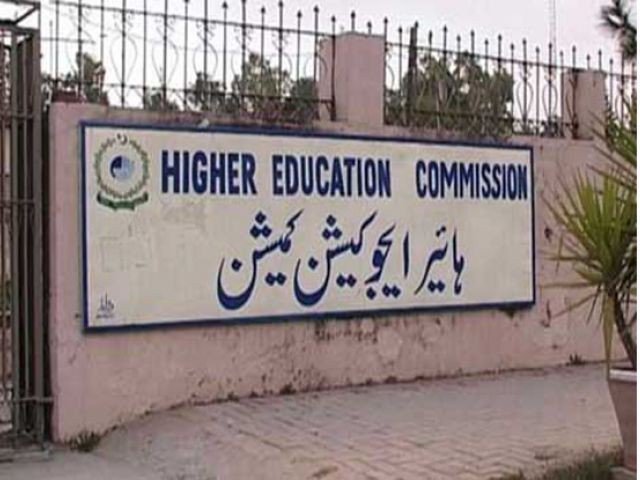 “Only degrees endorsed by the Higher Education Commission (HEC) will be acceptable while others will be rejected,” the top court declared in the hearing on Tuesday.

Justice Shaikh Azmat Saeed headed the three-member bench which was informed by the director general of HEC that the federal government granted approval for Al-Khair University in 2002.

Justice Azmat Saeed inquired under what law was approval granted for the establishment of the aforementioned university, to which the director general replied that the approval was given under Section 10.

The director general said that the university’s Bhimber campus in Azad Jammu and Kashmir (AJK) was registered after its compliance with the HEC guidelines. “However, in the wake of growing complaints, we imposed a ban on the university, which was later lifted upon satisfactory inspection in 2011,” the HEC DG said.

Justice Azmat Saeed maintained that the matter was similar to that of Preston University in Kohat.

The DG responded by saying that Preston University Kohat was barred from taking admissions for the last three years, while degrees issued by Al-Khair University since 2011 would not be recognized except for those issued from Bhimber campus. He added that that four universities with the name of Preston University were functioning currently.

“How can a student be given a degree from the Bhimber campus when they undergo the education in Gujranwala or any other city?” Justice Azmat asked, while Justice Qazi Faez Isa maintained that the degrees would be considered fake until the HEC recognized and verified them.

The counsel for the petitioner maintained that in August last year, the HEC had announced that all degrees of Al-Khair University until 2009 were recognized.

To this, the HEC director general said that the degree verification system was online and those who face issues in verification of their degrees may apply to HEC using its online portal.

Justice Azmat warned that the HEC would be responsible for any errors in the process of degree verification.

The counsel of petitioner Farah Naz inquired from the court about the court of action to be followed by those whose universities don’t have an online system. The counsel added that the challenge could be faced by their client and many other women who were working as government teachers.

Justice Essa maintained that the matter was the concern of those women teachers and their respective provincial administration, while reiterating that only degrees endorsed by HEC will be acceptable while others will be rejected.