Raises cost of land acquis­ition by 40% to addres­s concer­ns of locals­
By Shahbaz Rana
Published: May 7, 2019
Tweet Email 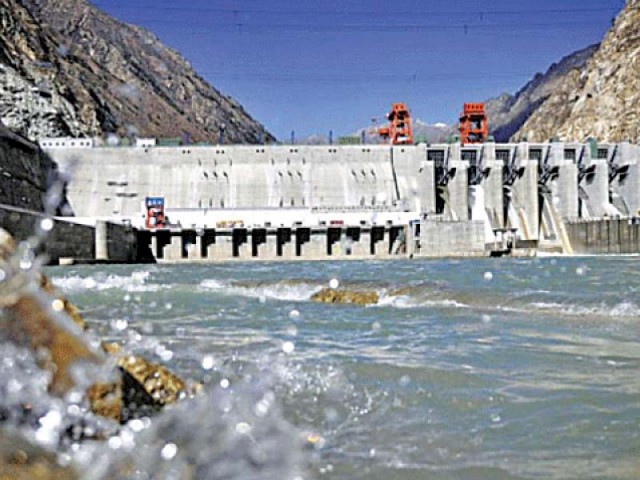 The Dasu hydropower project has a design capacity of 4,320 megawatts and Pakistan had envisaged completing the project by December 2021. PHOTO: FILE

ISLAMABAD: The federal government on Monday revised upward the land acquisition cost of under-construction Dasu hydroelectric power project by another 40% to address concerns of local population, which has increased its total cost to Rs510 billion.

Headed by Minister for Planning and Development, the Central Development Working Party (CDWP) increased the land component cost of the project from the original Rs12 billion to Rs39.6 billion. It was the second revision in the land cost, as earlier the last government had also jacked up the total cost to Rs19.1 billion from the original Rs12 billion.

Overall, the CDWP accorded approval to 17 projects worth Rs18.8 billion and recommended nine projects worth Rs594.5 billion to Executive Committee of National Economic Council (Ecnec) for consideration, including the Dasu hydropower project.

Projects related to energy, transport, communication, science and technology, health, population planning, industries and commerce, food and agriculture and education were presented in the meeting. The Ministry of Water Resources presented position paper of Dasu Hydel Power Project due to increased land and compensation cost from Rs19 billion to Rs36 billion, said the planning ministry. This led to increase in overall cost from Rs486 billion to Rs510 billion. The CDWP approved the upward revised cost and referred the project to Ecnec for consideration, said the Ministry for Planning.

The project, which is critical for improving the country’s energy mix, faces problems despite the top priority accorded to the construction of hydroelectric power schemes by the government and the judiciary.

The Ecnec had approved land acquisition rates in mid-2015. The last Pakistan Muslim League-Nawaz (PML-N) government gave preference to the Dasu hydroelectric power project over the Diamer-Bhasha dam. Despite that, Wapda could not take appropriate measures to put the project on fast track.

The Dasu hydropower project has a design capacity of 4,320 megawatts and Pakistan had envisaged completing the project by December 2021 to add 2,160MW of electricity to the national grid under the first phase. The previous government preferred the 4,320MW Dasu hydropower project over Diamer-Bhasha dam and then prime minister Nawaz Sharif was initially keen to inaugurate its first phase before the end of his five-year term in 2018.

As against total requirements of 16,000 Kanal, the authorities could acquire only 5,920 kanal land as of end February. But the local residents have refused to sell their lands at the government rates and demanded substantial increase. Now, the CDWP has approved to increase the land acquisition rates for all categories by 40%. The residential landholders would get nearly Rs2 million as against earlier rates of Rs1.4 million.

Three health related projects were presented in the meeting. The Ministry of National Health, Services, Regulation and Coordination presented ‘Treatment of Cancer Patients of ICT, AJK & Gilgit-Baltistan’ worth Rs4.8 billion, which was recommended to Ecnec for consideration. The Pakistan Atomic Energy Commission (PAEC) presented two projects upgrade of Atomic Energy Cancer Hospital-KIRAN worth Rs2.3 billion and ‘up-grade of diagnostic and therapeutic facilities at BINO, Bahawalpur’ worth Rs1.4 billion.