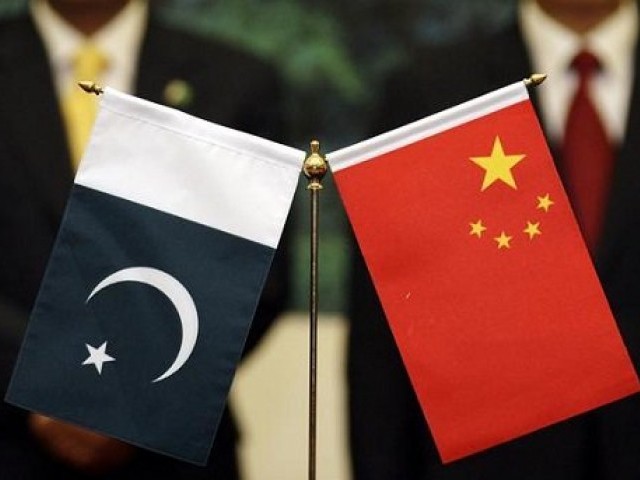 BEIJING: The China-Pakistan Economic Corridor (CPEC), as a pilot project of the Belt and Road Initiative, was officially launched in 2013. President Xi Jinping, during his visit to Pakistan in April 2015, noted that CPEC construction should play a leading role in the practical cooperation between the two countries and determined the ‘1+4’ layout of cooperation centring on CPEC construction supported by Gwadar Port, energy, transportation infrastructure and industrial cooperation.

Practices in the past five years have proved that the CPEC construct is not targeted at specific regions or groups, but is aimed at the whole country of Pakistan and benefits all the people of Pakistan.

CPEC has played a flagship leading and demonstration role in the Belt and Road construction. It has become a platform for all-round pragmatic cooperation between China and Pakistan.

CPEC has driven the development of Pakistan. The two-gap model proposed by economist Hollis B Chenery posits that developing countries must introduce foreign investments and stimulate exports to boost growth of their national economy.

CPEC has solved the problem of limited investment capacity caused by insufficient savings and shortage of foreign exchange in Pakistan and provided a high-quality source of impetus for Pakistan’s economic development.

As of January 2019, CPEC included nine completed early harvest projects and 13 projects under construction, with a total investment of $19 billion. It drove Pakistan’s economic growth by one to two percentage points every year and created 70,000 jobs in Pakistan.

Energy shortage is a hard nut to crack that restricts the economic development of Pakistan. It is a problem that previous Pakistani governments attached great importance to and most wanted to solve.

The electricity gap cost Pakistan an annual average loss of $13.5 billion in GDP, according to a study by PwC in 2012. Power shortage left Pakistan in the dark for a long time, with rolling blackouts across the country lasting about 10 hours a day in major cities and up to 22 hours in rural areas.

CPEC has regarded the alleviation of energy shortage in Pakistan as one of the important areas of construction since its launch. Currently, 12 projects with a total installed capacity of 7,240MW have been started or put into operation. Through five years of construction, energy projects under the CPEC framework added 3,340MW of electricity to Pakistan by early April 2019, accounting for 11% of the country’s total installed electricity capacity, thus greatly alleviating the power shortage in Pakistan.

The China-Pakistan cross-border economic belt, linked by the China-Pakistan Karakoram Highway, has taken shape under CPEC. Through international logistics nodes such as Gwadar Port, Karachi and Peshawar, Pakistan serves to transport products from western China to countries in the Middle East and the Indian Ocean via transit transport.

Therefore, infrastructure connectivity is also one of the important areas in the early harvest projects of CPEC. The Karakoram Highway Phase-2 (Havelian-Thakot section) is 118.124km long, including 39.305 km of expressway and 78.819 km of secondary highway. The project officially started on September 1, 2016. Currently, more than half of the project has been completed.

The section from Sukkur, Sindh in the south to Multan, Punjab in the north, of the Karachi-Peshawar Expressway, is 392km long, with a total investment of $2.89 billion. The construction was undertaken by China State Construction Engineering Corporation.

The Lahore Orange Line rail transit project was put into trial operation on October 8, 2017. The line is 25.58km long and is organised into five carriages, each carrying 200 passengers. The train starts from Ali Town and terminates at Dera Gujran.

Over the past five years, 51,000 direct jobs were created in the road infrastructure sector under CPEC projects, of which 48,000 were created specifically for local Pakistanis. Furthermore, infrastructure projects are expected to spur the development of Pakistan’s building-related industries and attract more foreign investment.

Gwadar Port has taken on a new look in the past five years. The port roads, storage yards, loading and unloading equipment, seawater desalination, oil supply and port monitoring facilities have been further improved.

The container liner service was officially launched at Gwadar Port on March 7, 2018. The Gwadar-Middle East Express was opened, connecting Gwadar with other major ports in the world.

The Gwadar Port Free Trade Zone covers an area of 923 hectares and is constructed in four phases in two zones, one north and one south. On January 28, 2018, the Gwadar Free Zone Phase 1 was formally completed and put into operation, and the investment attraction was also completed simultaneously.

The 820km China-Pakistan cross-border fibre optic project, which is laid between the city of Rawalpindi, Pakistan in the south and the Khunjerab Pass, China in the north, was completed and opened on July 13, 2018.

2018 was an election year for Pakistan, when there was concern at home and abroad about whether Pakistan’s attitude towards CPEC would change due to the change of government. Around the same time, there were some international opinions questioning CPEC, saying that a large amount of Chinese loans might plunge Pakistan into debt crisis.

Facts over the past year have proved that the determination to build CPEC has not been shaken by the change of government in Pakistan and the debt crisis theory has been in tatters.

In promoting the CPEC construction, China has always followed the principle of consultation, contribution and shared benefits, and given top priority to Pakistan’s economic development and the vital interests of Pakistanis.

Prime Minister Imran Khan made it clear that the completed projects of CPEC are in the interest of Pakistan and will bring enormous social and economic development opportunities to the Pakistani people. Since China has lifted more than 700 million people out of poverty in the past decades, Pakistan is willing to learn from the Chinese government’s poverty alleviation and reduction measures. Pakistan also hopes to strengthen cooperation in industry and agriculture to help unleash its greater development potential.

Currently, CPEC construction has gradually shifted from energy and transportation infrastructure cooperation to industrial cooperation and industrial park construction. PM Imran has given prominence to promoting industrialisation and employment in Pakistan, and laid greater emphasis on the western route of CPEC.

Meanwhile, the international situation has also changed. Given the overall situation, we should be clear that old challenges have not yet subsided and new ones are emerging in the CPEC construction.

Second, Pakistan has a serious fiscal deficit, a huge foreign debt and a heavy debt service burden. The capacity to provide supporting funds for CPEC construction has declined sharply and it is no longer feasible to expand infrastructure construction. Pakistan’s new government wants to rein in huge capital spending, especially on projects that require large amounts of foreign exchange.

Third, the overall security situation in Pakistan has improved year by year, but terrorist attacks still occur frequently. Over the past year, violent and terrorist attacks launched by Balochistan separatists occurred frequently, with changes in form, geographical expansion and new features, and the threat to Gwadar Port and CPEC has increased.

The writer is a professor at the Centre for Pakistan Studies of Peking University, China