No longer part of PML-N: Nisar

No longer part of PML-N: Nisar 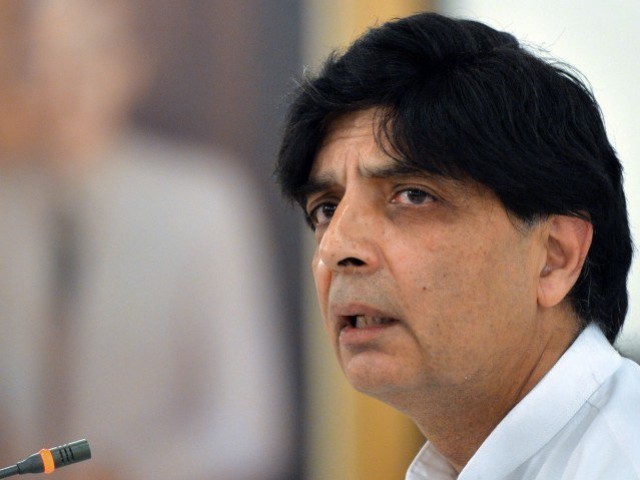 RAWALPINDI: Former interior minister Chaudhry Nisar Ali Khan said on Sunday that he was no longer a part of the Pakistan Muslim League-Nawaz (PML-N) and therefore could not comment on the party’s recent reshuffle.

“I will remain in politics but not form a new political party. However, I will decide which party to join at an appropriate time,” he told reporters in Wah Cantt.

Nisar also said it would be a hypocritical move to take oath as a member of the Punjab Assembly as he had not accepted the overall election results.

Taking a broadside at the Pakistan Tehreek-e-Insaf (PTI) government, the former minister said it would not help the country’s cause by labelling people as thieves and robbers.

He added that the government had turned the National Accountability Bureau (NAB) into a controversial entity.

“The government could have given relief to the people by reducing the prices of petroleum products. Instead, it chose to impose heavy taxes,” he maintained.

Nisar predicted that the inflation rate would reach a record high in the month of October.

“The prime minister should reveal the good news he had promised one and a half months ago,” he demanded.

The former minister said an atmosphere filled with chaos and panic only suited the enemy. “The government needs to take the people into confidence to overcome the problems faced by the country. It’s the responsibility of both the government and the opposition to keep the people united,” he remarked.

Nisar said he had already warned about the current government’s intentions to wrap up the district government system.

“This battle will now be fought in courts,” he said referring to the recent dissolution of local bodies in Punjab.

“The proposed alternative local government system is not practical at all. The government functions on three levels — the federation, the provinces and the districts. However, the current government has completely done away with the district-level governments as it has no representation there.”

Speaking on the International Monetary Fund’s bailout package, Nisar said a $6 billion or $7 billion loan would not help matters.

“This won’t even cover our fiscal deficit for a year. We are heading towards a dead end.”

The former minister said the IMF and the World Bank operated on political lines and the countries that took loans from these institutions were bound to follow their dictations.

“The current rulers have left the governments of the Pakistan Peoples Party [PPP] and the PML-N behind in procuring foreign debts.”`