Say will set up blocka­des across South Waziri­stan after Eid if salari­es not paid
By Ramzan Seemab
Published: May 5, 2019
Tweet Email 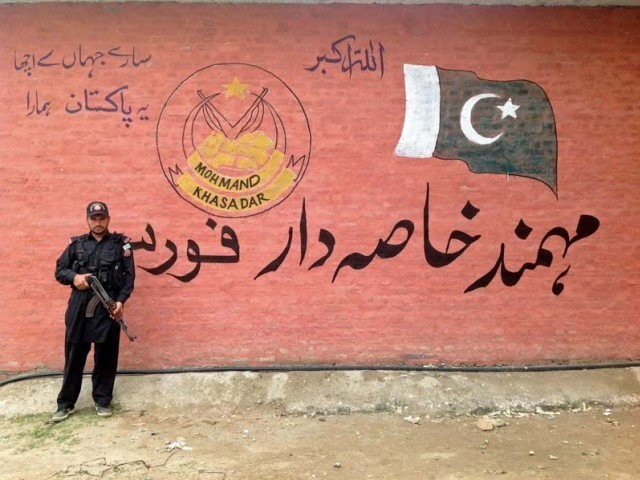 D I KHAN: The personnel of Khasadar force have called off their protest against non-payment during Ramazan.

A representative body of the tribal security force, Khasadar Force Core Committee, had announced protest against freezing of salaries for the past 10 months.

Unpaid for months, the tribal paramilitary force that had faced the worst days of militancy decided to block roads in South Waziristan, boycott polio security duties and abandon border check-points.

However, he local elders have convinced the disgruntled peacekeepers to keep off the roads though they may continue with boycott of duties with polio teams and manning checkpoints at Pak-Afghan border and Angoor Adda Gate.

The Khasadar Core Committee leaders Rasool Jan Wazir and Umer Khan Wazir stated that they still stand by their word and their boycott would continue till fulfilment of demands.

“We have decided after Khasadar Core Committee meetings, that all roads towards and from the district would be blocked, but after the requests of the religious scholars, locals and due to arrival of the holy month of Ramazan, we are taking back decision to block roads, while other modes of protest will continue,” Rasool Jan Wazir stated.

Umer Khan Wazir said: “We will start blocking the roads 10 days after the Eid to pressurise the government for releasing our salaries.”

He said the salaries should be released before Ramazan, so we could participate in next Polio campaigns, while also resuming duties at the Pak-Afghan border, but they district administration officer, are presenting lame excuses.

The representatives of the Khasadars said the releasing their blocked salaries was not a big issue and Governor Shah Farman and Chief Minister Mahmood Khan could resolve it overnight.

An anti-polio campaign began across the country on Monday except in South Waziristan where the Khasadar Force has boycotted its duties.

The paramilitary force personnel say they haven’t been paid in nine months and will not be working until they get their money.

The local administration says 60,000 children haven’t been given oral polio vaccines because of this protest.

K-P Chief Minister Mahmood Khan had announced that the Khasadar and Levies forces would be merged with the police and gave the force six months.

Whereas on Friday, Inspector General of Police Dr Muhammad Naeem Khan presided over the first ever conference of Regional Police Officers (RPOs) and District Police Officers (DPOs) conference of the Newly Merged Districts (NMDs) which was also attended by high ranking officials of the former Levies and Khasadars. The police chief warmly welcomed the former Levies and Khasadar and congratulated them on participating in the meeting.

The IGP termed the induction of the former Levies and Khasadars in the Khyber-Pakhtunkhwa police a big success.