Dr Zafar Mirza conced­es measur­e is a short-term move, announ­ces to set up a hotlin­e for public compla­ints
By Our Correspondent
Published: May 4, 2019
Tweet Email 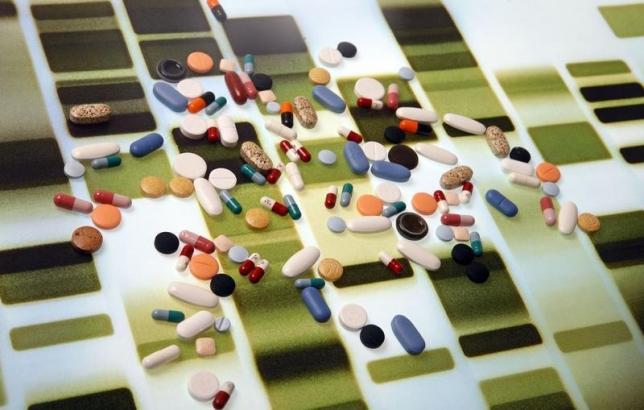 ISLAMABAD / KARACHI: The government on Friday announced that they have decided to reverse the recent increase in medicine prices to provide a cumulative relief of Rs7 billion to the public. Companies who fail to comply with the government’s directives will have to return the profits they have made over the past five months.

This was stated by Special Assistant to the Prime Minister for  Dr Zafar Mirza on Friday in what was his maiden news conference after taking over the hot seat from Aamer Mahmood Kiani.

However, he claimed that the industry had allegedly increased the prices of medicines of some medicines by up to 100% to 500%. Now, he said, an inquiry is being conducted to probe the sale of medicines on increased prices in the market against the government’s prices.

To provide relief to the public, Dr Mirza said that the government had decided to reverse the MRP increase in drug prices.

He further announced to withdraw the nine per cent hike in prices of medicine granted by the government earlier this year. This, he claimed, will give patients an estimated relief of Rs6 billion to the consumers.

Dr Mirza, , who held a post with the World Health Organisation (WHO) before taking over the health set up of the country,  claimed that he had held detailed meetings with representatives of the pharmaceutical industry and it was decided that the industry will decrease the prices of 464 medicines which they had increased after the government issued the SRO.

The estimated cumulative impact and benefit for consumers after the decrease in prices is expected to be around a billion rupees.

Those companies who do not reduce prices of 395 drugs as per the decision of the federal government will have to return the profits which they have made from January 1, 2019, to May 15, 2019.

He added that the government will be issuing another SRO regarding the decision to decrease the prices of medicines besides devising an enforcement mechanism and a drug pricing system.

The special assistant asked pharmaceutical companies to ensure that essential medicines — which have been unavailable for a long time — are available in the market by next week. A list of such medicines will also be released soon, he said.

Noting that the decisions were made in view of public concerns regarding the fast-rising prices of medicines and directions from Prime Minister Imran Khan to give relief to the public, Dr Mirza conceded that these were short-term measures.

However, he added that the ministry has started working on providing relief to the public in the long-term.

He further said that they have decided to set up a hotline where, after May 20, people can call and lodge complaints about any increase in medicine prices and address their concerns on the spot.

Furthermore, he said that the government has established a pharmaceutical sector reforms committee to ensure that further relief is provided to the public while addressing the genuine issues of the industry.

Dr Mirza further added that the government has planned an enforcement strategy for full implementation of its decision made to control the prices of medicines. He asked the pharmaceutical industry to voluntarily reduce the extra prices of medicines by May 20.

Moreover, he said that the government has decided to move the drugs courts for recovery of the ‘extra profits’ made by the pharmaceutical companies. Any money recovered will be submitted in the accounts of Bait-ul-Mal to facilitate those citizens who are unable to afford expensive medicines.

“There will be zero tolerance regarding misconduct in running the affairs of Drug Regulatory Authority of Pakistan (DRAP),” he said, adding that they intend to transform the regulatory authority into a model body.

Meanwhile, a representative of the pharmaceutical industry stated that this will have a detrimental impact on the industry and in turn patients.

“No one is asking [what will happen] if the industry stops making the products (lifesaving medicines) which are no longer profitable,” stated Waheed Kaiser, a former chairman of the Pakistan Pharmaceutical Manufacturers Association (PPMA).

“If we stop making medicines, then we will have to import $17 billion worth of medicines,” he added, noting that the price increase granted by the government earlier in the year were hardship cases.

He also contested the claim whether the industry was taken on board before the decision was announced.