FIR lodged under the Wildli­fe Act
By Our Correspondent
Published: May 4, 2019
Tweet Email 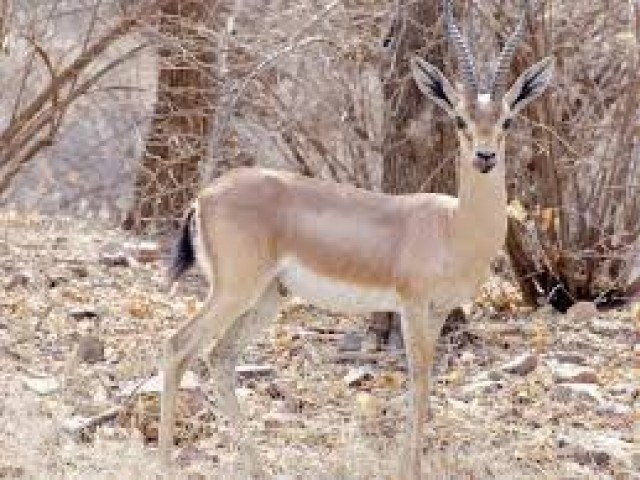 HYDERABAD: Demonstrating a sense of responsibility for protection of wildlife, the residents of a village in Thar captured five hunters on Thursday soon after they shot and slaughtered a Chinkara deer, the hunting of which is banned. The hunters along with their guns and vehicle were later handed over to the police who gave their custody to the wildlife department.

The incident took place in Kharo Junejo village in Mithi taluka. Game Officer Ashfaq Memon informed that one of the hunters was a local person while four were from outside Thar. They have been identified as Abdul Razzak Umrani, Hussain Bux Laghari, Gul Beg Mari and Kifayat Ali Laghari.

Memon said that an FIR was lodged under the Wildlife Act against the hunters and they were made to pay a fine of Rs150,000 before their release on Thursday evening. The weapons and vehicle were also released to the dismay of the villagers. “The hunters were released after they deposited the fine,” he claimed.