Actres­s also shares that her brothe­r works on camera depart­ment of the show
By News Desk
Published: May 2, 2019
Tweet Email 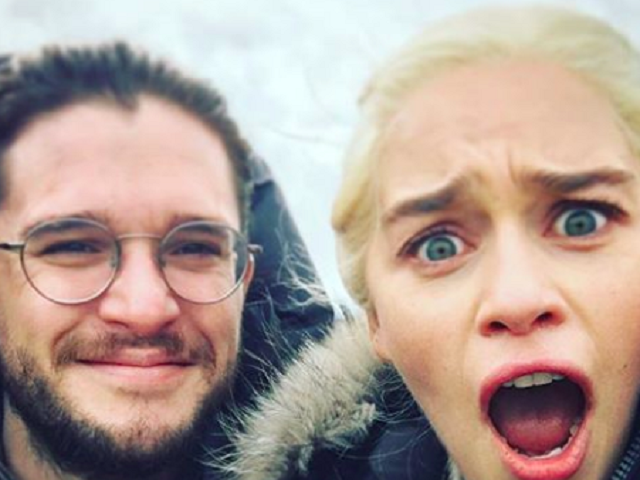 Actress also shares that her brother works on camera department on show.PHOTO COURTESY:COSMOPOLITAN/FILE

Game of Thrones star Emilia Clarke on Thursday said co-star Kit Harington was arrogant about flying the dragon in the latest episode of the show.

The 32-year-old who plays Daenerys Targaryen on the hit show made the comments in an interview with Jimmy Kimmel.

Talking about how she felt about her character’s nephew Jon Snow, flying one of her dragons, she said, “I feel weird about it, I’m not going to lie”.

Kimmel asked if she had to teach Harrington about the mechanisms of flying a dragon, but she said he was over-confident: “He was kind of arrogant about it”.

She said she had learned that men riding a dragon is “a whole other thing” compared to a woman, as it’s a “little more uncomfortable for them”.

The actress also shared that her brother worked on the camera department of the show.

The eighth and final six-episode season of GoT premiered April 14 and the series will conclude May 19.

The recent third episode showing the Battle of Winterfell at 82 minutes was the longest of the series.

The actress revealed that the third episode was filmed over 55 nights.

“What you saw was really what it was like shooting it. You saw blood and mud and angry screaming people,” she said.