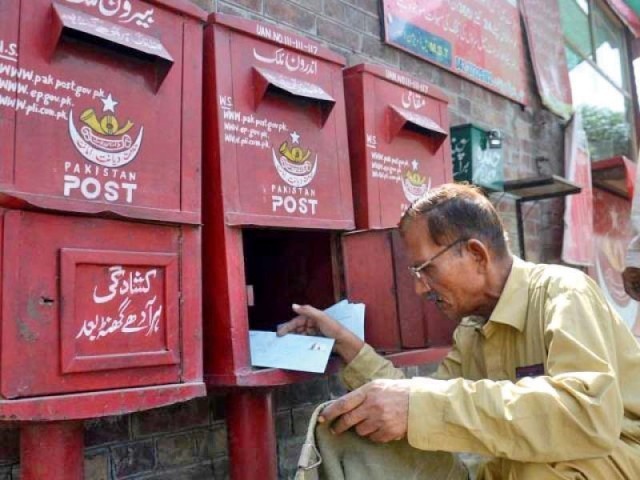 Pakistan Post and NADRA have recently signed an agreement for the renewal or modification of CNIC through Post Offices. PHOTO: FILE

ISLAMABAD: In a bid to ensure speedy communications in society, Pakistan Post has opted for modern technology and taken revolutionary steps to improve efficiency and expand its network across the globe.

During the first nine months of the Pakistan Tehreek-e-Insaf (PTI) government, Pakistan Post initiated inclusive measures to develop a better perception of its services among the public by ensuring timely delivery of mail, money and other articles, said its spokesperson Zakirullah while talking to APP.

“Affordability is also a cornerstone of its policy due to growing competitiveness in the postal market,” he pointed out. The spokesperson said Federal Minister for Postal Services Murad Saeed was the first minister to suggest e-governance in postal services, which was direly needed due to changing trends in the communications market.

Saying that projects of Pakistan Post were producing sound results, he said Electronic Money Order (EMO), e-commerce initiatives and same-day delivery services received excellent feedback from the public. To ensure further ease, the EMO service, also known as post-to-doorstep, was being offered at all General Post Offices as a window service. Consumers could send up to Rs50,000 via EMO, he elaborated.

Providing insight into the same-day delivery service, he said initially it was introduced for 26 cities and was aimed at facilitating the delivery of packages and documents within a day. Consignments would be delivered on the same day if booked before noon, he elaborated.

The spokesperson recalled that Pakistan Post and the National Database and Registration Authority (NADRA) had recently signed an agreement for the renewal or modification of CNIC through Post Offices. “This pilot project was launched in 10 Post Offices and it will soon be extended to 100 Post Offices.”

Another agreement between the two was signed for the expansion of franchise Post Offices in order to offer postal and financial services through 15,000 NADRA outlets.

Moving over to e-commerce initiatives, he said they were launched to capitalise on the rapidly growing e-commerce sector and the entity created its own web portal to register partners. He said 580 online businesses had been registered under the umbrella of Pakistan Post, which encouraged online business.