Living in a volatile neighbourhood

Living in a volatile neighbourhood 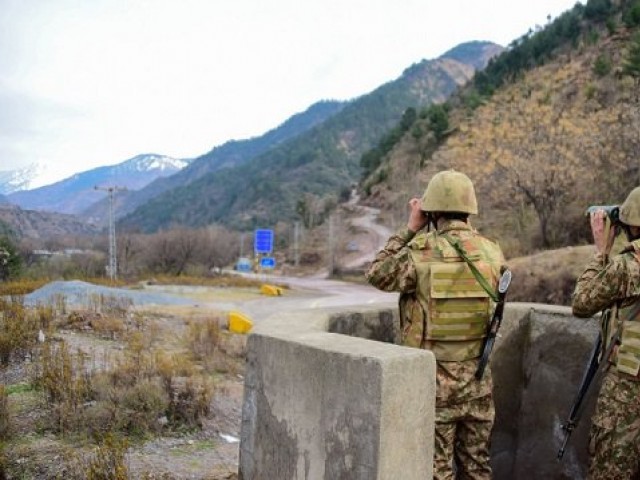 Pakistan has four neighbours — Afghanistan, China, India and Iran. Following the country’s borderline, this way of looking at Pakistan’s immediate neighbourhood leaves a gap: the Line of Control, or the LoC, that separates the two parts of Kashmir, one controlled by Pakistan and the other by India. Is the LoC an international border? Answers to some questions invite even more questions and this is one of them. I answered this in a book I have recently completed on Pakistan’s external relations. In it, I have treated the India-occupied part of Kashmir as a foreign entity different from India. Treating the LoC as a quasi-foreign border increases the number of Pakistan’s immediate neighbourhood from four to five.

There are two important facts that need to be recognised for studying Pakistan’s location. These are important for designing an effective policy by Islamabad for dealing with the world outside the country’s borders. First, that the United States is involved in some way in all the five political entities on the opposite sides of Pakistan’s international frontier. Washington has been at war in Afghanistan for almost 18 years and is finding it hard to disengage itself from this long-troubled land. The troubles in Afghanistan have had serious consequences for Pakistan. They go beyond providing home to the millions of refugees displaced by almost half a century of wars in the country. Not happy with China’s rise as an economy — it is likely to become the world’s largest, surpassing the United States in a decade or two — Washington has launched a trade war with China that is already adversely affecting the global economy.

Washington is also troubled by China’s increasing military strength, in particular in the southeastern part of the Pacific Ocean, an area long-regarded by America as its backwater. And then there is the enormous Chinese programme for developing global infrastructure. Beijing calls the programme the Belt and Road Initiative (BRI). Washington has been exerting a great deal of pressure on Beijing in several areas of its external relations. The most recent decision not to allow China along with four other countries to import oil from Tehran has landed Beijing right in the middle of the Washington-Tehran conflict. The enormous hostility displayed by the Trump administration towards Iran has destabilised the Middle East.

Much of this is the result of pressure on the United States by Israel and Saudi Arabia. And then there is the developing warmth between Narendra Modi’s India and Donald Trump’s America. This has resulted in Washington looking the other way as India continues to commit human rights abuses in the part of Kashmir it controls by the use of great deal of military force.

The United States, in other words, is deeply involved in Pakistan’s immediate neighbourhood. For Pakistan to live in peace and develop its economy and modernise its society, it must figure out a way to deal with the United States. Donald Trump has not made any attempt to hide his contempt for Pakistan. He is most often motivated by his personal economic interests than by his country’s strategic considerations.

India has a large presence of Trump’s businesses while there is not a single building in Pakistan that bears the American President’s name. Islamabad will need to watch how the American situation develops. There is a virtual consensus among liberal analysts that the enormous damage done to the international system by Trump in the first two years of his stay in White House may be reversible in case the current occupant loses in 2020. All bets are off if he gets reelected. “With a second term, Trump Presidency would go from an aberration to a turning point in American history,” writes Paul Starr in the current issue of the magazine The Atlantic. “But it would not usher in a period marked by stability. The effects of climate change and the risks associated with another nuclear arms race are bound to be conclusive. And Trump’s reelection would leave the country contending with both dangers under the worst possible conditions, deeply alienated from friends abroad and deeply divided at home.” Pakistan must ready itself for the possibility of another Trump term.

The second element common to Pakistan and its neighbours is the use of their territory by stateless groups for launching operations on the other side of the border. It is convenient for the United States to forget its involvement in the use of Pakistan and the country’s territory by Islamic groups to wage a ‘holy war’ against the forces of the Soviet Union in the 1980s. Working with Saudi Arabia, Pakistan used scores of madrasas established to educate the Afghan youth to train them for war against the Soviet invaders. Washington provided weapons to the holy warriors, including the dreaded ‘Stinger Missiles’. The war was won and the Soviets were expelled but the holy warriors converted themselves into Taliban. For five years, from 1996 to 2001, they were able to establish an Islamic state in Kabul. This was defeated by the United States but the Taliban did not suddenly disappear. Some escaped to Pakistan and many more launched an insurgency against the political order created in Afghanistan by the United States. Washington was now on the other side of the fight and resented that Pakistan did not work hard enough to eliminate the sanctuaries they were once involved in establishing.

Pakistan is not the only country that has used non-state actors to pursue its strategic interests. India, Afghanistan and Iran also indulge in this form of warfare. It was wise on the part of Prime Minister Imran Khan to draw attention to this fact during his recent visit to Tehran. He admitted that there are people in his country who are strong followers of the Sunni faith who consider a war against the Shiite Iran to be a holy conflict. The opposition jumped on him for making that admission ignoring the second part of his statement that said the Iranian Shiites were also carrying out similar operations against the Sunnis on the Pakistani side of the border.

The point of this analysis is to emphasise that Pakistan lives in a very volatile neighbourhood. Much of this volatility has been caused by Washington’s erratic behavior, particularly during the Trump Presidency. How to deal with it should be the focus of attention in Islamabad.