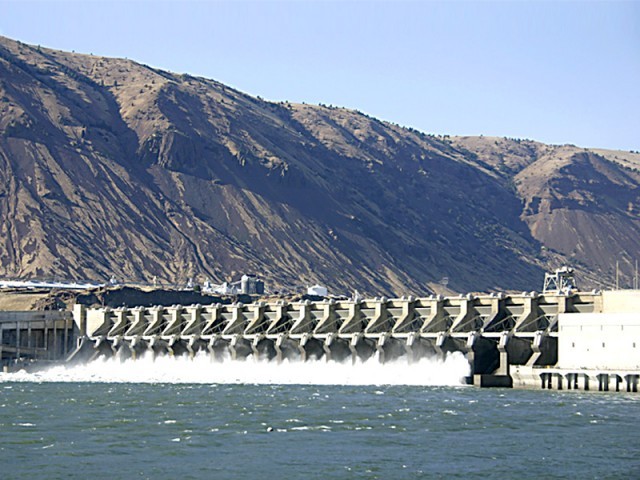 ISLAMABAD: The Prime Minister and Chief Justice of Pakistan Diamer-Bhasha and Mohmand Dam Fund has so far received Rs10.36 billion.

The countrywide contribution to the fund stood at Rs8.826 billion while the remaining Rs1.53 billion were contributed by expatriate Pakistanis, according to an update issued by the State Bank of Pakistan (SBP).

Pakistanis living in the US remained the top among foreign countries who donated Rs545.314 million, followed by the UK from where a sum of Rs370.74 million had been transferred to the dams fund so far.
Similarly, the fund also received Rs144.38 million through the SMS service of various cellular companies in Pakistan.

According to details issued by the SBP, the top ten institutional donors include Employees of government of Punjab with a contribution of Rs1.09 billion, Pakistan Army (Rs582.071 million), HQ CWO SPD (Rs201.093 million), Bahria Town (Rs110.12 million) and PAF with Rs100.28 million.

The estimated amount required for construction of two dams is Rs1,700bn, of which Rs1,450bn will be spent on the construction of the Diamer-Bhasha dam and Rs300bn on the Mohmand dam.
Mian Saqib Nisar, the then Chief Justice of Pakistan, took the initiative of collecting donations by launching the fund in July, 2018 that was later joined by Prime Minister Imran Khan, making it a joint venture to overcome the country’s water scarcity.

The prime minister in a televised address to the nation last year had appealed to the estimated nine million overseas Pakistanis, particularly those living in European countries and the United States, to contribute at least $1,000 per head “to the noble cause”, and warned that Pakistan could face famine-like conditions by 2025 if new water reservoirs were not built.