'Karach­i Se Lahore' star will be portra­ying the role of a female in upcomi­ng telefi­lm 'Help Me Durdan­a'
By Entertainment Desk
Published: April 28, 2019
Tweet Email 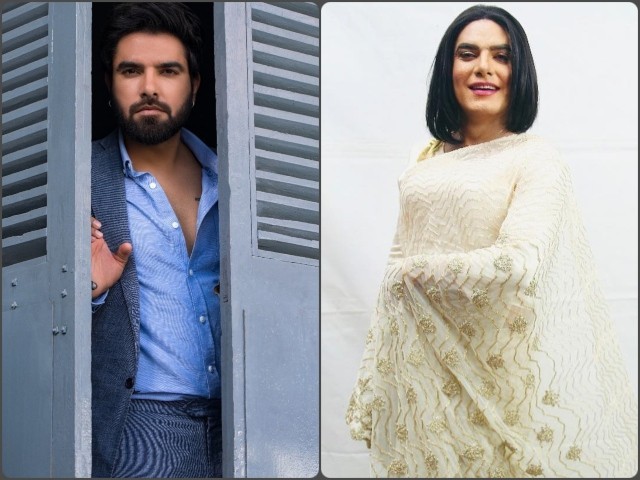 Local star Yasir Hussain received much praise for his part in Naach Na Janay. And the actor didn’t lose any time before taking up another job.  The Karachi Se Lahore actor has bagged a role in an upcoming tele-film titled Help Me Durdana. Does that ring a bell? We’re sure it does. Probably the most famous dialogue from Mehwish Hayat and Humayun Saeed’s hit film Punjab Nahi Jaungi – is now being turned into a film.

Judging from pictures shared on social media, the forthcoming venture features Ushna Shah and Mehmood Aslam among others. It has been helmed by Aabis Raza while actor Fahad Mustafa is the producer. 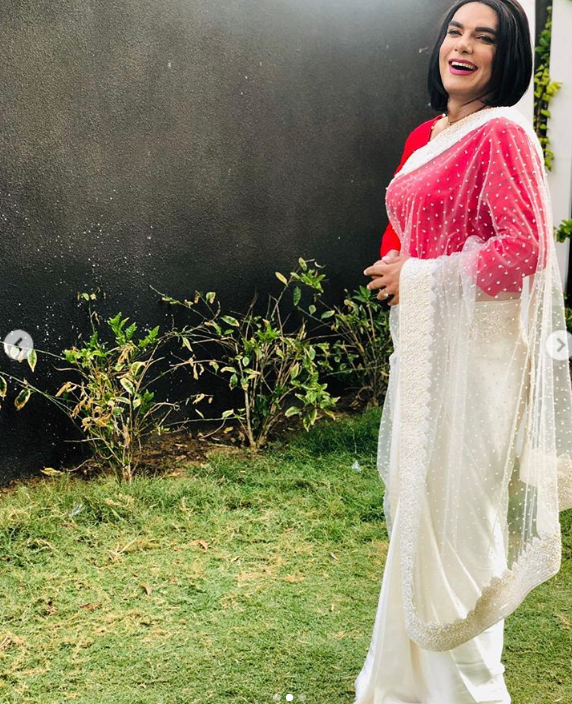 However, Yasir isn’t playing any old role in the film. He will be portraying a female. The star shared pictures of himself in hair and makeup for the role on Instagram, with a caption that read, “Durdana jee. Help me Durdana… coming soon” and “Durdana jee aap ki Eid saja degi (Durdana will adorn your Eid).”

Fellow actor Iqra Aziz commented on one of the posts, expressing her pride, “So proud of you for choosing characters which are so out of the box for male leads with such confidence. Much power to you my boy. Best of luck team.” 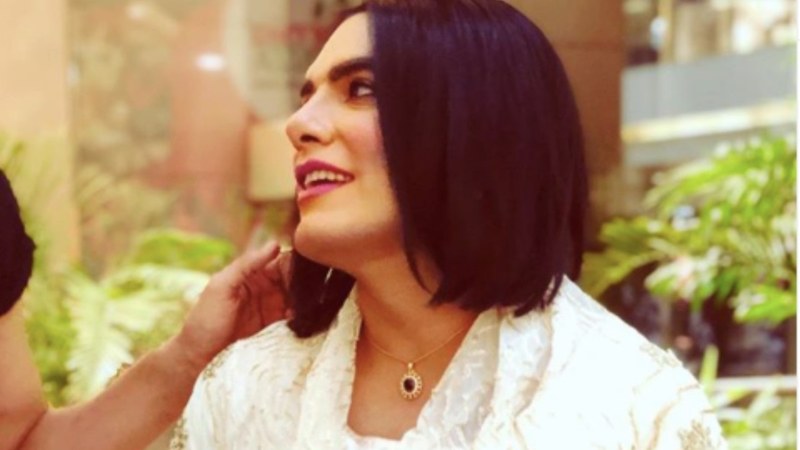 Although the Baandi actor received much love for his bold decision, there was one user (who believed Yasir was playing a trans character) had a very valid question, “Why don’t you guys hire ACTUAL transgenders?” Now, there were two ways to go about this, either respond sensibly or mock the person. Can you guess which route Yasir took? The latter.

“Matlab aap ko job chahiye? (Do you want the job?)” Let’s give him the benefit of the doubt: Maybe he was being funny (or trying to) but it still doesn’t make it okay. Numerous users have spoken up regarding his “transphobic” jokes.

“Waiting for the day when Pakistani men will grow up,” wrote one while another stated, “This guy is such a loose cannon. Not the first time he’s said something inappropriate.” But, they knew that the comment didn’t faze him, “What makes me sad is people like him are never sorry.” Some suggested that people protest in order to get him off the project completely, “Guys, is there any way we can create enough noise and get him off the cast?”

Others looked back at the time he made yet another inappropriate joke regarding child molestation.”Few years ago, he cracked a joke about child molestation where he said “itna khoobsurat child molester, kash mein bhi bacha hota (such a beautiful child molester, I wish I was a kid)”, when Ahsan Khan received his award for Udaari. Yasir Hussain is so problematic, why does he get away with it every time?”

A transphobic playing transgender for some telefilm wow.
Disgusted!
His account should be reported. pic.twitter.com/IzMkKmOWwz

Why did we all even give #YasirHussain a second chance? Two years ago, he made an insensitive joke about child molestation. And that was on stage at a popular awards show! https://t.co/WsIZblITh9

That degenerate, #YasirHussain should've been cancelled when he made that sick joke about child molestation at a freaking award show.

The guy had asked a legit question and that answer was least expected from a person who preaches equality.

Today has been just another daily reminder that most Pakistani "celebrities" are actual trash. #YasirHussain #AliZafar pic.twitter.com/YdkTmvJBrE

I think people are missing a point here: nobody has a problem with #YasirHussain playing a female character, however, when he was asked about playing a trans he could have easily refuted the claim and moved on BUT noooo he makes it a point to prove that he's ignorant
Smh

By mocking the already marginalised community, you're normalizing trans jokes. #YasirHussain is playing a FEMALE character and if some people decided to leave insensitive comments, he could have shown some character and given them a shut up call. Way to use your position of power

I don't even want to argue with people who think that 'it's bad humour and not insensitive' or 'it's not a big deal' because if you don't see a problem with jokes about oppressed people then you're part of the problem. #YasirHussain

Think before you say something #yasirhussain i never liked his humour ! https://t.co/tpkBEkxIU9

Kareena shares how her love story with Saif began