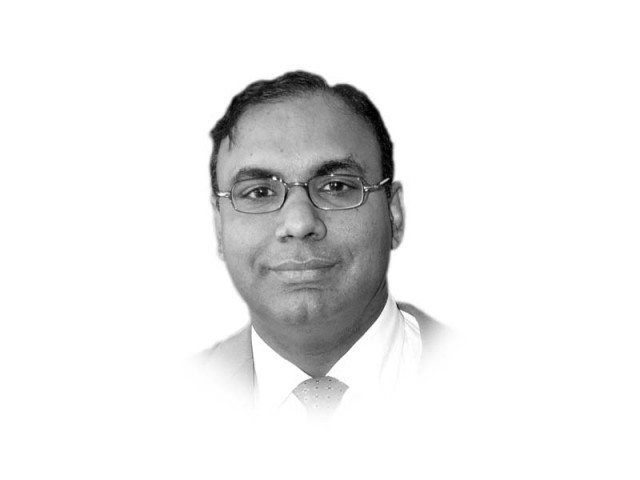 The writer is a development professional

On April 22, 1970, some 20 million people in the US took to the streets, parks, and auditoriums to demonstrate for a healthy, sustainable environment in massive rallies. Since then Earth Day is observed on April 22, every year with a different theme. The theme for Earth Day 2019 was “Protecting our species”.

All around the world, human activity is leading to the destruction or rapid reduction of plant and animal populations. These activities have led to species becoming extinct and habitats to rapidly shrink. Biodiversity is a key measurement of the overall health and wellbeing of an ecosystem. Ecosystems with a higher biodiversity are also generally stronger and more resistant to disease than those with less variety of species. Unfortunately, biodiversity is decreasing faster than ever before.

All species are interconnected and valuable to the successful functioning of our ecosystems. While it may not seem like a single species going extinct will change much in the world, the consequences may ripple throughout the ecosystem affecting other species, including humans.

For example, bees and other pollinators carry pollen from one plant to another, allowing that plant to reproduce. If the population of bees is dramatically reduced due to pesticide use and habitat loss, there will not be as many pollinators for those plants to rely on.

This could then reduce the biodiversity of those plants, since they would not be able to reproduce at the same rate. Widespread biodiversity loss would cause detrimental ecological and economic impacts worldwide. If habitats and biodiversity continue to be threatened, it will have a disastrous impact on the capacity of the planet to sustain life, including human life.

Since the dawn of the human species, humans have relied on plants and animals for food. As the human population increases rapidly, depletion of natural habitat is occurring at even a faster pace. We have overfished our waters and hunted many species of animals to extinction.

Illegal hunting known as poaching and illegal trade of wildlife products is a major direct threat to the future of many of the world’s most threatened species. Habitat destruction is another major threat to species. A bulldozer pushing down trees is the iconic image of habitat destruction. Other ways people directly destroy habitat: filling in wetlands, dredging rivers, mowing fields, and cutting down trees.

Much of the remaining terrestrial wildlife habitat has been cut up into fragments by roads and development. Aquatic species’ habitats have been split up by dams and water diversions.

The loss and fragmentation of habitats also makes it difficult for migratory species to find places to rest and feed along their migration routes. Habitats can become so degraded they can no longer support native wildlife, as a result of pollution, invasive species and disruption of ecosystem processes, such as the changing intensity of fires in an ecosystem.

Recently, pesticide use has been recognised as another major cause of habitat degradation. Heavy pesticide use in agricultural areas can leave downstream habitats dangerous for some species, especially certain invertebrates and plants.

Human actions, such as spreading non-native species, have increasingly driven evolution. This is known as the global homogenisation of flora and fauna. Biotic homogenisation is an emerging, yet pervasive, threat in the ongoing biodiversity crisis. They have enormous value to humans, the other plants and animals in their ecosystems. Every species has a specific role in its ecosystem. If the population of one species declines, it will no longer be able to perform its role and others in the ecosystem will be harmed as well. But we still have the chance to make changes and embrace new ways of doing things. We can save the planet and its species and efforts to do so increase our overall well-being.