The man had threat­ened to commit suicid­e after climbi­ng on top of a train
By News Desk
Published: April 25, 2019
Tweet Email 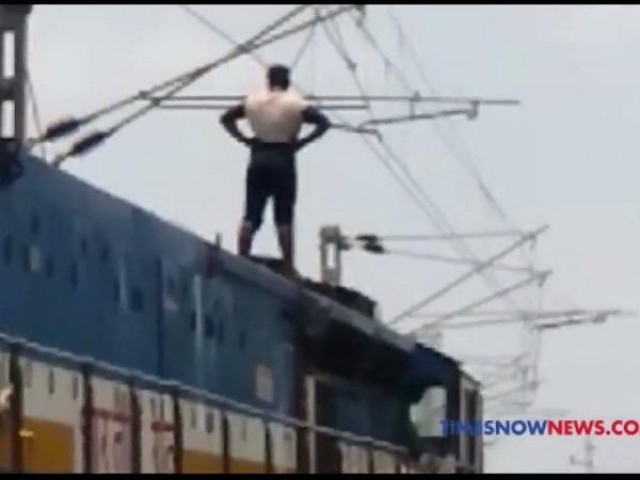 Man seen standing on the train seconds before he electrocutes himself

BENGALURU: In a tragic incident reported from Majestic railway station in Bengaluru, a man was instantly charred to death after touching a high voltage electrical wire, Times Now India reported.

In the video circulated on social media, the man can be seen threatening to commit suicide after climbing on top of a train at the railway station.

The man then touches the electricity wire overhead and in an instant, one can see sparks flying after a loud bang as the man is charred by the high voltage current zapping through his body. Ironically, there were a lot of onlookers around in the area but instead of trying to dissuade him from taking the extreme step, some simply made videos of the incident.

Soon after the man dropped dead on the roof of the train, some locals can be heard expressing regret over his actions and adding that he was electrocuted.