Court has adjour­ned the hearin­g till May 8
By Our Correspondent
Published: April 24, 2019
Tweet Email 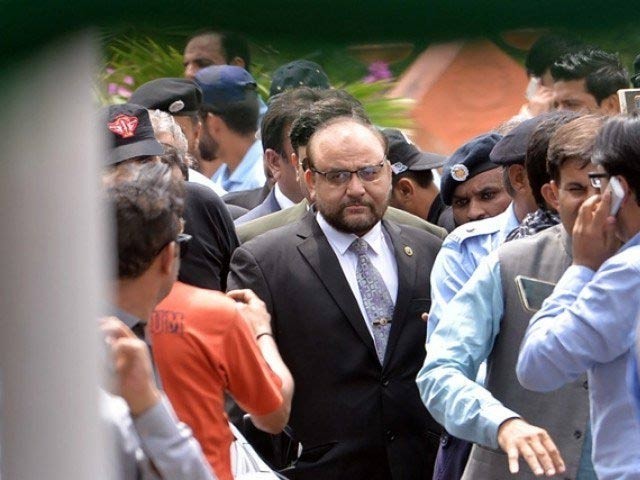 ISLAMABAD: Joint Investigation Team (JIT) head Wajid Zia on Wednesday testified in a reference against former finance minister Ishaq Dar, saying his assets increased 91-folds from 1992 to 2008 and no explanation had been given by the former minister regarding the increase.

Zia was testifying in an accountability court in the case of assets beyond income against Dar. Judge Muhammad Bashir presided over the hearing.

In his testimony, Zia said accounts were opened in Bank of America, Al Barka, Al Tawfeeq Investment and Emirates Bank on Dar’s orders.

The JIT had also recorded statements of former National Bank president Saeed Ahmed and has collected records from the National Accountability Bureau (NAB), Federal Investigation Agency (FIA) and other agencies.

An accused had refused that there were various bank accounts in his name but accepted the existence of a foreign bank account in his name which was opened on the direction of Dar to carry out business transactions and borrow money.

Court has adjourned the hearing till May 8.

No announcement by PM to continue Pak-Iran gas pipeline: Bilawal