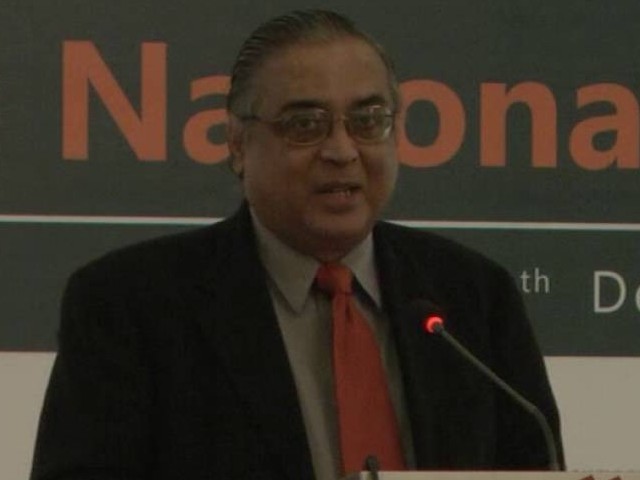 LAHORE: The current structure of the federal finance ministry is the weakest since the 1990s, remarked former finance minister Dr Hafiz Pasha.

Speaking at the launch of his book, ‘Growth and Inequality in Pakistan’, Pasha said the capacity of the Ministry of Finance was shamefully low and it was not able to control the ongoing crisis.

“They don’t have the capacity nor do they have a senior professional economist who is specialised in fiscal policy,” he said. “The DG debt was hired after a gap of many months and it’s not surprising; believe me we are running into a difficult economic state.”

Apart from institutional capacity, he outlined consistency and credibility as other major issues for the current government. “Unfortunately, the government has not demonstrated a very good record in this area, which did not give positive signals to private-sector investors,” he said, referring to the confusion and varying statements on getting the International Monetary Fund (IMF) loan and more recently on the amnesty scheme.

Pasha was of the view that the ability to manage crisis was not just the job of a technocrat, it needed political consensus, coupled with a broad-based understanding in society. “These are the measures which the government is required to take to steer the country out of crisis.”

Talking about the IMF programme, the former finance minister said the new government should have developed a macroeconomic framework first. “In the first meeting with the IMF, we should confront at the highest level that this is what we think, we are a new government, we want to take the country out of crisis and this is what we want to do. Unfortunately, such a framework and plan of action does not appear to have been presented,” he lamented.

“In fact, what we have today is the macroeconomic framework prepared by the IMF and that, to me, is very one-sided and secondary.” Speaking on the occasion, State Bank of Pakistan’s former governor Dr Shahid Kardar said the IMF programme always played a role in destroying Pakistan’s tax system.

“The way the IMF is structuring its upcoming programme, it is going to kill the country’s economy, they are not ready to listen and believe in this government,” Kardar remarked, adding that Pakistan needed time to change its tax system.

“With the IMF programme, which is for the next three years, the changes cannot be done and if our economy diminishes further, how can we increase our tax base.”

“Pakistan really needs to start worrying as to how it will manage its human resources in coming years. Fresh graduates may not get the jobs, which they are dreaming of,” he added.

Addressing the gathering, Punjab Finance Minister Hashim Jawan Bakht said the provincial government was looking for out-of-the-box solutions such as promoting public-private partnership to help improve governance and resource mobilisation. He emphasised that there were some structural changes on the expenditure side of the budget, including the sticky expenditure on pensions, which swelled significantly.