188 millio­n voters are eligib­le to cast ballot­s in 117 consti­tuenci­es during the day across 15 states­
By Reuters
Published: April 23, 2019
Tweet Email 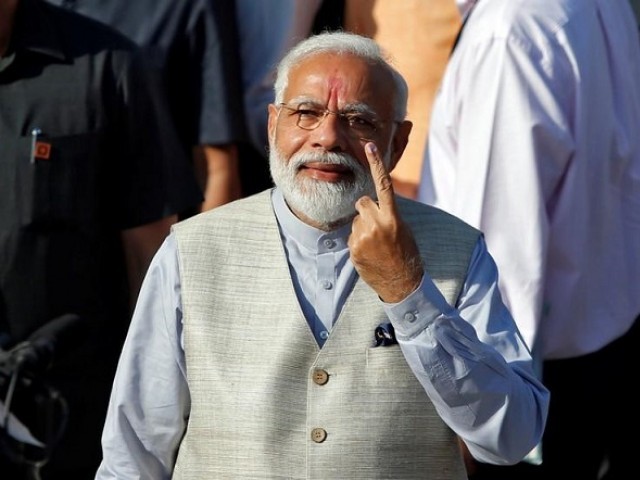 Prime Minister Narendra Modi shows his ink-marked finger after casting his vote outside a polling station during the third phase of general election in Ahmedabad, April 23, 2019. PHOTO: REUTERS

Voting began in the third and largest phase of India’s staggered general election on Tuesday, including in Prime Minister Narendra Modi’s home state of Gujarat and in opposition Congress party chief Rahul Gandhi’s seat in Kerala.

In all, 188 million voters are eligible to cast ballots in 117 constituencies during the day across 15 states and federally controlled territories. India’s parliament has 545 members.

The general election, which has seven phases, began on April 11 and will end on May 19. Votes will be counted on May 23. 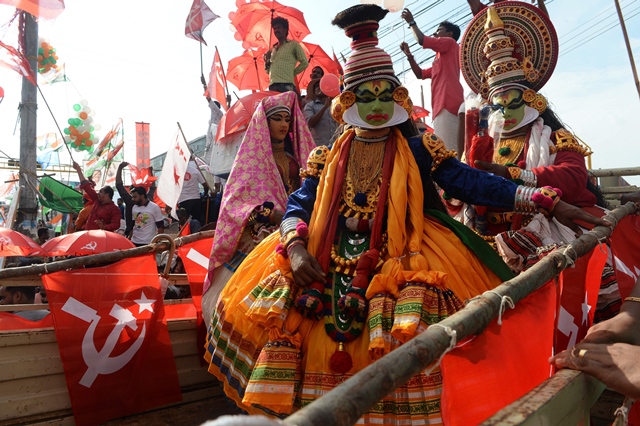 “This is, sort of, an inflexion point,” said Rahul Verma, a fellow at the Centre for Policy Research, a New Delhi-based think tank. More than half of India’s parliamentary constituencies will have voted by the end of the third phase.

“I think job creation, sustainable development, and communal harmony should be the top priorities for the upcoming government,” said Ubaidullah Mohyideen, 26, who voted on Tuesday in Kerala’s Wayanad, one of the two seats that Gandhi is contesting. 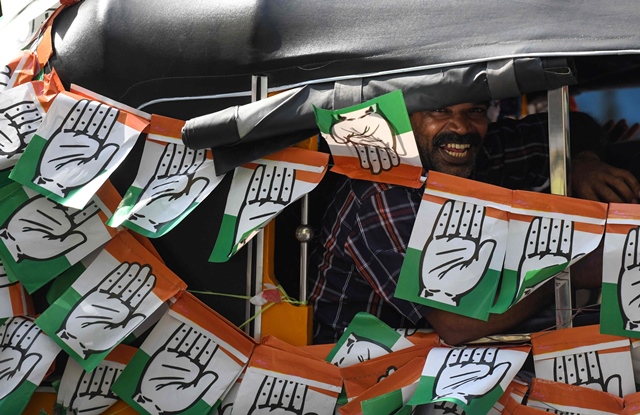 Modi addressed an election rally in Maharashtra on Monday and mentioned the attacks on Sri Lankan hotels and churches on Easter Sunday that killed 290 people. He said India’s security had been enhanced after his government came to power in 2014.

“Friends, remember what India’s situation was before 2014,” Modi said. “Weren’t there bombs going off in different corners of the country every other day?”

Verma said Modi’s repeated references to the Sri Lankan attacks were a sign that the BJP would double down on the security issue for the remainder of the election campaign, which the prime minister began as a front-runner amid escalated tensions with Pakistan. 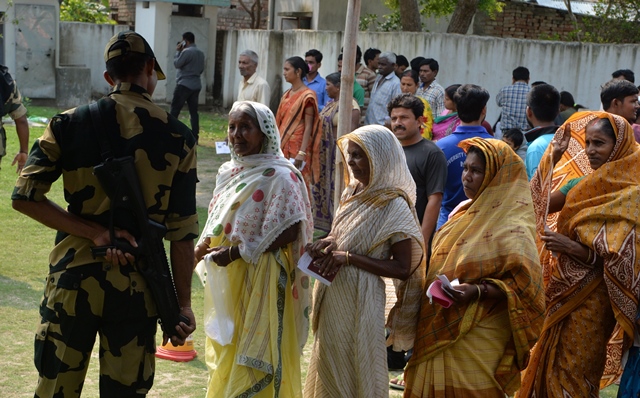 “I feel BJP is hell-bent on running this campaign on national security,” Verma said. “Basically if they bring up any other thing, they would be on difficult terrain, like on economic issues or on their performance.”

Modi sent warplanes to Pakistan to bomb a purported training camp in late February in response to a suicide attack in Indian-occupied Kashmir that killed 40 Indian paratroopers. The attack was claimed by a militant outfit.

In Gujarat, Modi first met his mother early in the morning and then rode in an open jeep, surrounded by hundreds of onlookers, to cast his vote shortly after 8am. 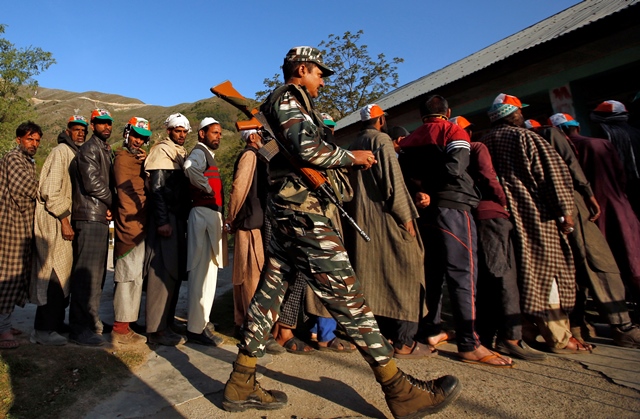 He again raised security as a campaign issue.

“IED is a weapon of terrorism, and voter ID is a weapon of democracy,” he told reporters after voting, referring to improvised explosive devices and India’s voter identification cards.

“I believe the voter ID is much more powerful than an IED.”

Jayendra Singh, 44, a businessman in Gandhinagar, also voted early on Tuesday and said the economy, women’s safety and unemployment were major issues for him.

However, he disapproved of Modi talking up the air strike in Pakistan, which led to aerial clashes between the nuclear-armed rivals.

“There shouldn’t be any marketing of this. That’s what I personally feel,” Singh said.