The proble­m with Asad Umar was that his contin­ued delay in making a cohere­nt decisi­on on the econom­ic front
By Hussain Nadim
Published: April 23, 2019
Tweet Email 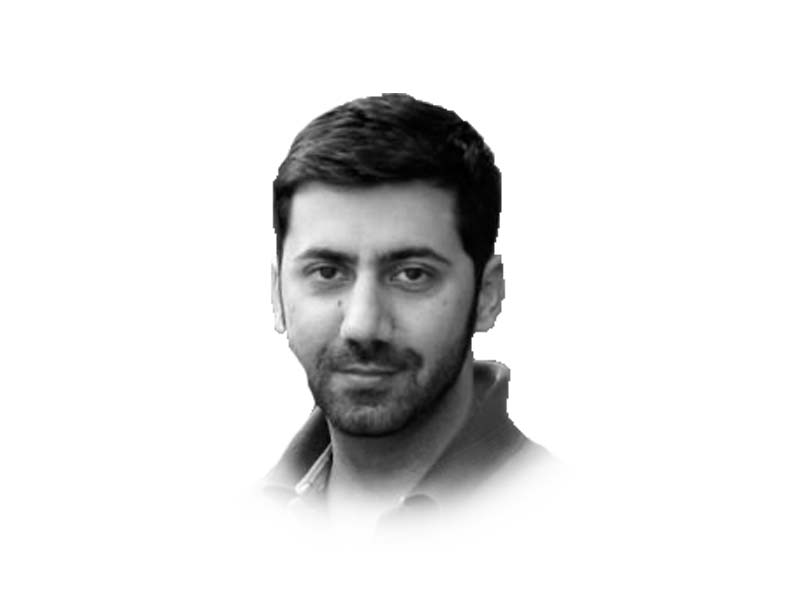 The PTI’s single most pressing challenge is not economy, security or development. It is actually its internal political division that is having an impact on its ability to balance between politics and policy to steer the country in the right direction. The PTI has always had this problem within its ranks partly because it is still a new political party that has yet to mature politically. All other parties have evolved over the decades and their divisions matured enough to sustain party momentum when in power.

In the case of the PTI, for a long time the opposition politics kept these fault lines within the party well under the surface. Now in the Federal Government, the political groups and tensions within the party ranks are soaring and it will take some time before the PTI resolves into a mature political party that does not have to compromise on policy to secure political mileage or vice versa.

The first sign of this internal political rift came with the removal of Atif Mian from the Economic Advisory Council. The progressive elements within the party pitched Atif Mian and celebrated him as the face of Naya Pakistan. The traditional elements within the party, however, at the first whim of external pressure from other political parties forced the decision back because it was politically damaging.

This back and forth was less to do with Atif Mian’s religious background and more with the internal political divisions of the PTI that found the religious issue as a convenient platform to cut each other out. The key question was between policy and politics, and politics won. The PTI failed the dream of Naya Pakistan at the hands of its own party members that cling on to the traditional Pakistan that care about the religious and sectarian identities of individuals.

The latest demonstration of internal political division has been Asad Umar’s removal from the Finance Ministry. It was again a question of balancing between policy and politics, and unfortunately, Asad Umar was entirely out of the balance.

It is one thing to run a large private company, and an entirely different thing to run a public office. The mentality and system is so different, even the operating language and mechanics are worlds apart. Asad Umar tried to run the system in a silo, neglecting the larger political implications of his delayed decisions.

One of the core criticisms against him from his peers is his inability to take heed from experts and timely decisions. So much so that it is entirely possible that the IMF requested a change of the Minister of Finance if Pakistan wanted cooperation from the IMF. This is especially compounded by a sudden entry of Dr Hafeez Shaikh that almost always surface on Pakistan’s political scene as part of the IMF bailout package.

On some level, Asad Umar had it coming and there were clear writings on the wall. For any government, the first six months are critical because the fresh mandate and public approval allows space to take tough decisions that people would happily swallow.

The problem with Asad Umar was that his continued delay in making a coherent decision on the economic front, and complete lack of managing the communication and politics side of the economy had the markets frozen, investors confused and the public perception going entirely against the new government.

Asad Umar may be the poster boy of the PTI and second only to Imran Khan in popularity within the party supporters, however, his eight months in the Finance Ministry should have and could have been much better for both, Pakistan’s economic policy and the PTI’s political legitimacy. He may or may not have delivered on the economic front given more time; one thing is for sure he could not have delivered on the political front. Running an effective government is all about balancing policy and politics. With Asad Umar, there was a delay in policy and a failure in politics.

It is therefore his neglect to cater to the politics side of the economy that had the senior economists, experts and his political opponents around him feeding to the Prime Minister and the establishment quarters a gleeful picture of Asad Umar’s performance and the future direction of Pakistan’s economy.

What happened next was unexpected for the people that are so used to seeing ministers continue in their offices despite poor performances and corruption charges. For a prime minister to remove his key cabinet aide left even some of the most ardent supporters of the PTI in a shock.

Is it a really a shock though? Of the many things that you can tell going through Imran Khan’s decision-making history, one that stands out is his ability to replace even the closest of his aides and family when the push comes to shove. For many this reflects instability. For some other, this reflects an ability to adjust and deliver at any cost.

One thing is certain, expect more of such decisions in days and months to come. Whether this new style of governance will work or not, only time will tell. The real art would be to see how Imran Khan would balance out between policy and politics.

SOS: Save Our Science