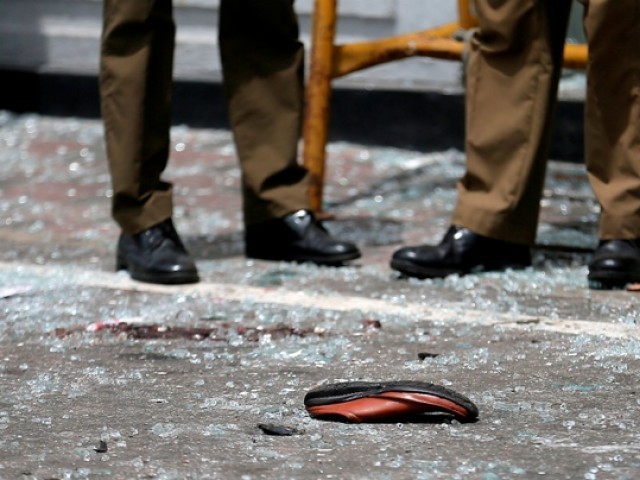 Pakistan on Sunday condemned a series of coordinated terror attacks in Sri Lanka’s capital Colombo that claimed the lives of over 200 people and left hundreds more injured.

“Pakistan stands in complete solidarity with Sri Lanka in their hour of grief,” said Prime Minister Imran Khan in a message offering condolences and support.

Foreign Minister Shah Mahmood Qureshi, who reached Tokyo on Sunday, spoke to Sri Lanka’s Prime Minister Ranil Wickremesinghe and strongly condemned the attacks. “Sri Lanka has fought a long and hard battle against terrorism. We stands shoulder to shoulder with the people of Sri Lanka in their hour of grief and sorrow,” he tweeted earlier.

Shocked and saddened by the horrific multiple bombings in Sri Lanka this morning targeting churches and hotels. Sri Lanka has fought a long and hard battle against terrorism. We stand shoulder to shoulder with the people of Sri Lanka in their hour of grief and sorrow.

strongly condemn terroist attacks on the Churches and hotels in SL. Our hearts and thoughts are with people of SL in this hour of pain and grief, Ironically it conincides with SL announcemen of their Cricket team to visit Pakistan to play a Cricket series. #Srilanka

Pakistan Peoples Party Chairman Bilawal Bhutto Zardari offered support to Sri Lankans and “all the families for whom Easter has become one of mourning.”

Devastating news coming out of Sri Lanka. As always, the purveyors of terror have chosen to target innocents on a holy day. Thoughts & prayers with all the families for whom this #Easter has become one of mourning. #Pakistan stands in grief with its brothers in #SriLanka

Former finance minister Asad Umar urged the world to wage a joint fight as “no country or followers of any religion are safe from terror”.

Yet another condemnable act of terrorism. Now in sri lanka. That too on Easter day. No country or followers of any religion are safe from terror. The world must unite to fight this menace and address the root causes which are generating these extremist violent ideologies

Condemnation also came from the other side of Pakistan’s political spectrum as Jamaat-e-Islami (JI) chief Siraj ul Haq offered condolences and solidarity in a tweet.