Critic­s and audien­ce alike called out the film to be a visual treat but lack soul and depth
By Entertainment Desk
Published: April 20, 2019
Tweet Email 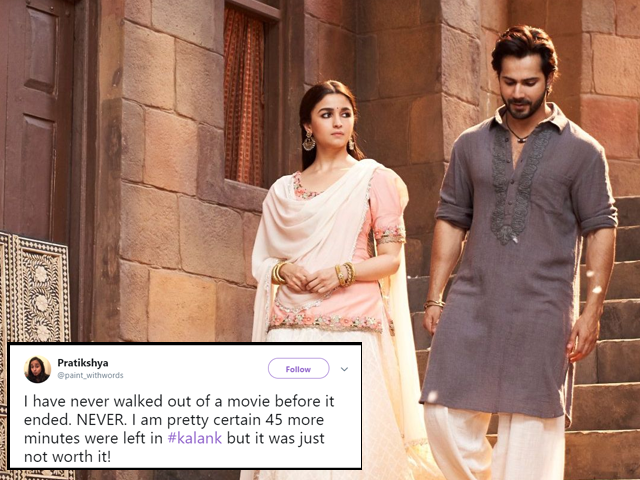 Karan Johar’s mega-budget multi-starrer Kalank may have registered 2019’s biggest opening day collection, but viewers are taking to social media to criticise the film. By now, there is a sea of memes making fun of it.

Critics and audiences alike called out Kalank for being a visual treat but lacking soul and depth. 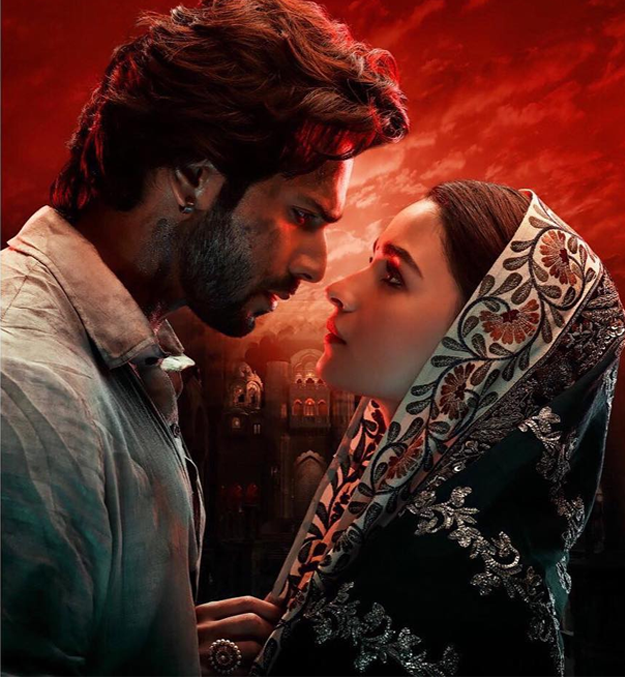 Another user Amit Tandon wrote, “Kalank is the first movie that I have walked out of. On a star-based rating, I would give this movie a blackhole.”

#Kalank is the first movie that I have walked out of.

On a star based rating, I would give this movie a blackhole

Sumit Kadel called film a visual treat but said it lacked soul. “Kalank is a GARGANTUAN  DISAPPOINTMENT. The film is a visual spectacle which lacks soul and has odious screenplay, lousy writing, confused characterisation. Director and writers had no clue about what is happening in the film and why. Kalank is a tortuous affair,” he tweeted.

#Kalank is a GARGANTUAN DISAPPOINTMENT. Film is a visual spectacle which lacks soul, odious screenplay, lousy writing, confused characterization. Director & writers had no clue about what & why is happening in the film. Kalank is a tortuous affair. Rating – ⭐️

“Absolute waste of time. Please don’t watch. Only thing to see is the glamour and nice dresses of Alia. Movie is with full of errors, bit of story, no depth,” a user, Isha Shree, wrote.

#Kalank Absolutely waste of time. Please dont watch. Only thing to see glamour and nice dresses of Alia. Movie with full of errors , bit of story , no depth.

Others had similar thoughts:

Over all- Kalank failed me, as a viewer. After a point I really didn't care about what happened to Zafar and Roop as it isn't as enticing or engaging, given the time over which #Kalank stretches over.
Bottom line- wait till it's broadcasted on T.V

#Kalank is Karan Joharish melodrama with no reality, no depth, but much glamour and much glycerine.

I have never walked out of a movie before it ended. NEVER. I am pretty certain 45 more minutes were left in #kalank but it was just not worth it!

Twitter had a field day as the social media was flooded with memes. Here are few rib-tickling reaction on how film failed to impress the audience:

Me while watching #Kalank pic.twitter.com/K27IzH12hL

When she surprised me with two #KALANK movie tickets.. pic.twitter.com/diMyZKeNfh

Me After wasting Rs.375 on Movie #Kalank pic.twitter.com/9Vc0njYRR1