Zardari in Tehran for tri-lateral talks

Zardari in Tehran for tri-lateral talks

Summit in light of US and NATO troop draw down in Afghan­istan.
By AFP
Published: June 24, 2011
Tweet Email 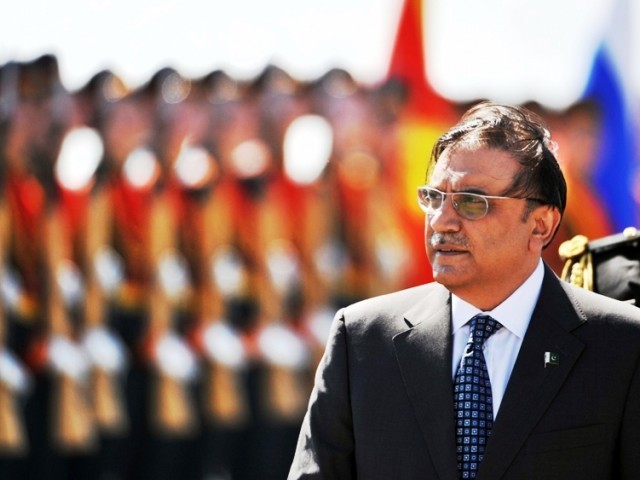 TEHRAN: The presidents of Pakistan and Afghanistan arrived in Tehran on Friday for a three-way summit with their Iranian counterpart and to attend an anti-terrorism conference, IRNA news agency reported.

The summit to be attended by Presidents Asif Ali Zardari, Hamid Karzai of Afghanistan and Mahmoud Ahmadinejad comes as the United States announced that it will draw down by 33,000 its contingent of 99,000 troops in Afghanistan by the end of summer 2012.

Several hundred French soldiers have also been recalled from the country recently.

Britain and Germany, which have the largest presence in Afghanistan after the US, have also declared their intention to reduce their contingent by the end of the year.

Iran has always been hostile to the presence of NATO troops in neighbouring Afghanistan, saying they strengthened terrorist groups such as Taliban and Al-Qaeda more than it weakened them.

Tehran itself suffers from the activities of the armed Sunni Muslim group Jundallah around its border with Pakistan and Afghanistan. Jundallah is on the United States’ list of outlawed terrorist groups.

Other nations will also attend the conference as observers.

Bashir is wanted by the International Criminal Court, which has issued two arrest warrants on charges of crimes against humanity and genocide in the Darfur region, where a bloody conflict has raged for eight years.

Iran, which is on the United States’ list of state sponsors of terrorism, regularly accuses Israel and the US of plotting terrorist attacks against its territory.