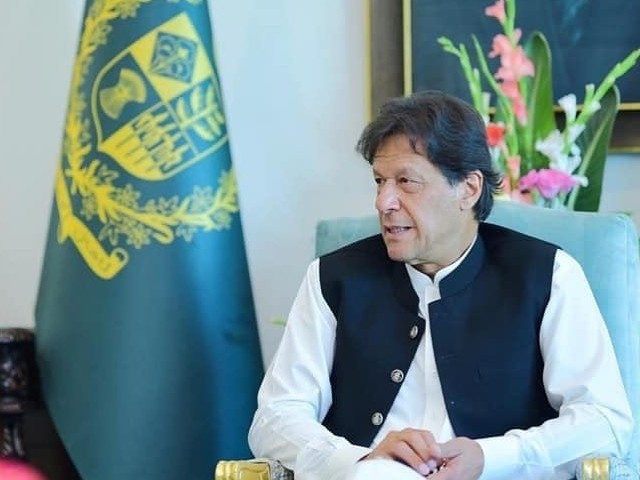 ISLAMABAD: Eight months into the tenure of the Pakistan Tehreek-e-Insaf (PTI) government, Prime Minister Imran Khan has pulled back his key players from the front line in a major federal cabinet reshuffle on Thursday.

The first key decision came earlier in the day when Asad Umar, who was facing mounting criticism in recent weeks over the state of the country’s economy, was ousted as the finance minister.

Umar maintained that the prime minister had offered him the energy portfolio, but he chose to resign from the federal cabinet.

Dr. Hafeez Shaikh, an economist, and former federal minister, has been chosen to fix the economic maladies and appointed adviser on finance.

According to the Prime Minister’s office, Fawad Chaudhry, who was holding the portfolio of the ministry of information and broadcasting, would now serve as the minister for science and technology.

Dr Firdous Ashiq Awan, a former information minister, has taken over as the special assistant to the prime minister on the information.

Shehryar Afridi, the state minister for interior, has been assigned the portfolio of the States and Frontier Regions (Safron) ministry.

Brig (retd) Ijaz Shah, who was appointed the parliamentary affairs minister last month, has been named as the interior minister.

The prime minister has appointed Azam Swati as the parliamentary affairs minister. He had resigned as the science and technology minister last year.

The portfolio of the petroleum ministry has been taken away from Ghulam Sarwar Khan. The prime minister has appointed him as the aviation minister.

With Sarwar taking over the charge, Mohammadmian Soomro, the privatisation minister, will cease to hold the additional portfolio of the aviation division.

Dr Zafarullah Mirza, the director of the division of health system development at the World Health Organisation (WHO), has been named the special assistant to the prime minister on national health services.

Born in 1955, Dr Hafeez Shaikh holds a PhD in economics from Boston University. Having worked at Harvard Institute of Development and assumed key offices at the World Bank, Shaikh has over 30 years of experience under his belt in economic policymaking, management, and implementation.

During General Pervez Musharraf’s era, Shaikh assumed offices in both the Sindh and federal governments.

After General Musharraf declared himself President, Shaikh was appointed a minister for finance, planning, and development for Sindh. He is esteemed to be the architect of Sindh’s financial recovery during his successful 2000-2002 tenure.

He has been elected senator thrice. Shaikh’s three years as the federal minister for privatisation and investment were considered most successful in Pakistan’s history.

His last assignment was as the federal minister for finance in the last Pakistan Peoples Party (PPP) government.

Though Shaikh remained finance minister between 2010 and 2013, he was unsuccessful in steering the economy out of the crisis. Due to this, he was bitterly criticised by the opposition.

Firdous Ashiq Awan started her political career in the mid-90s while completing her house-job at Ganga Ram Hospital, Lahore after successfully getting her MBBS degree from Fatima Jinnah Medical College.

Back then, she laid the foundation of the Society for Health and Development Exchange to ensure public relief work in the department of health.

Later, during the tenure of former president General Musharraf, Awan was elected a district council member in Sialkot on a Pakistan Muslim League-Quaid ticket, after the former increased the number of special seats for women in local bodies.

In the general elections of 2002, she was elected an MNA on the same party’s ticket and was also appointed a parliamentary secretary. Unlike several other women who made their foray into politics, Awan continued to progress and initiated development work in a village of Sialkot near the Indian border.

There, Awan faced a difficult task as then National Assembly Speaker Chaudhry Amir Hussain belonged to the same constituency and maintained public gatherings. Awan refused to be influenced or take the pressure and continued her political journey.

As a self-made politician and woman, Awan did not flee and stood her ground firmly against Hussain. While it was quite impossible for her to bypass the politician, Awan called on former prime minister Benazir Bhutto in London and subsequently announced joining the PPP before the general elections.

In 2008, she defeated Hussain with a huge margin, creating an upset for the rival party. Under the PPP government, Awan first became a minister for population welfare and then an information minister.

Awan left the PPP in June 2017 to join the Pakistan Tehreek-e-Insaf.

Dr Zafarullah Mirza has worked at the WHO in different capacities.

He holds a Bachelor of Medicine and Surgery from Rawalpindi Medical College, as well as a Master’s of Science degree in Public Health in Developing Countries from the London School of Hygiene and Tropical Medicine.

Nadeem Babar has served in various honorary capacities in the government. Most recently, he was appointed the chairman of the prime minister’s task force on power sector reforms.