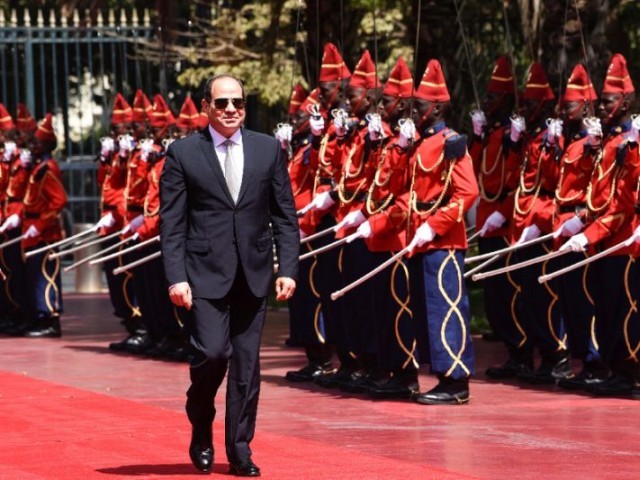 CAIRO: Egypt on Wednesday set a referendum for April 20-22 on sweeping consitutional changes including amendments that could extend President Abdel Fattah al-Sisi’s rule until 2030.

“The referendum process … will take place inside Egypt… from April 20-22,” Lashin Ibrahim, head of the National Election Authority said at a press conference.

The announcement came after Egypt’s parliament on Tuesday overwhelmingly passed the changes, despite complaints from critics that they are “unconstitutional” and designed to “consolidate authoritarianism”.

The amendments extend presidential terms from four to six years, but maintain a limit of two terms.

Under the changes, Sisi’s current term will be prolonged to 2024 from 2022 and he would then be allowed to run for another six-year term.

The constitutional changes also include giving the military greater influence in political life, granting Sisi wide control over the judiciary and broadening the jurisdiction of military courts over civilians.

As a military chief, Sisi led the army’s overthrow of elected president Mohamed Morsi in 2013 following mass protests against the Islamist leader’s rule.

He won his first term as president in 2014 and was re-elected in March 2018 with more than 97 percent of the vote, after standing virtually unopposed.

His government has been widely criticised by human rights groups for the repression of political opponents.