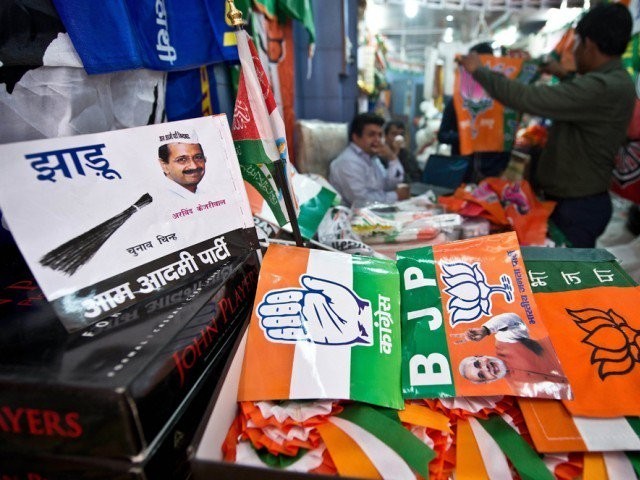 The first phase of the extensive process of national elections in India has ended as people went to the polls in 20 states and Union territories.

There are 543 elected seats of lower house of parliament or the Lok Sabha in total up for grabs for the mind-boggling number of around 2,000 political parties, and a party or coalition needs a minimum of 272 MPs to form a government.

However, the main contest is between the incumbent Bharatiya Janata Party (BJP) of Prime Minister Narendra Modi and the opposition Congress, led by Rahul Gandhi.

The ongoing national elections are important for several key reasons. The elections are going to determine the political fate of the BJP and with it the nature of the India Union or federation and its avowed secular character. The result of the election and the incoming government would have a strong influence on India’s foreign policy specifically its relations with Pakistan.

In case Prime Minister Narendra Modi’s Bharatiya Janata Party (BJP) wins a landslide victory it could be only by intimidating approximately 200-million strong Muslim population of India in order to appease the predominant Hindu majority of the country, which has had centuries-long animosity with the Muslims of the country.

For the last four and a half years in government since 2014 the BJP has had taken a number of extreme steps against Muslims in almost all spheres to make them feel they are part of a Hindu-dominant country and to make them believe that irrespective of the equal political and constitutional rights of Muslims, like all other Indians, India is practically a Hindu state, governed by the values and norms of Hinduism rather than by democratic values.

A landslide victory for the BJP would result in more difficulties for the Muslims. More importantly, the BJP would most likely strike down Article 370 of the Indian Constitution, under which India’s only Muslim-majority state of Jammu and Kashmir has ‘special’ status. But it is also probable that in the event of a clear BJP victory Modi may revisit his policy towards Pakistan.

The BJP and Modi for the sake of continued economic growth and development may extend an olive branch to Pakistan that may include an out-of-the-box solution for the principal dispute over Kashmir.

The BJP and Modi would do so by feeling quite comfortable with its electoral strength in parliament due to which it could take drastic steps like improving relations with Pakistan which could open up the entire South and Central Asian region for India to trade with and make its economic growth sustainable.

However, in improving its relations with Pakistan the BJP would negate its very fundamental beliefs which may not be possible for the party leadership unless it is bold enough to do future politics on some other agenda and not on the basis of anti-Muslim and anti-Pakistan rhetoric and actions.

However, the BJP is quite unlikely to put aside its ideology and work merely for good governance and economic development of India as in this case it would be tantamount to negating the very purpose of the party.

However for the BJP, only anti-Muslim and anti-Pakistan rhetoric would not serve any real purpose and it would have to take steps to improve the country’s sagging economic growth. In order to improve its economy India would have to adopt a regional approach while trying to take advantage of its largest size in terms of economy in the entire South Asian region and to boost its exports to the neighbouring countries.

In this regard Pakistan would be quite important for two basic reasons. Pakistan is the second-largest economy in the South Asian region with a huge market, strong purchasing power and general craving for low-cost Indian products.

Secondly, Pakistan is the country which serves as the only link between India and Afghanistan and farther north to the Central Asian region. So if India liked to take advantage of the regional economic opportunities, it would have to reconcile with Pakistan.

In case the opposition, the Indian National Congress headed by Rahul Gandhi, wins the elections what is to be seen whether it is a landslide victory or just a weak parliamentary majority. If the Congress party wins an easy victory then it would be in a comfortable position to come up with strong policies.

The Congress would try its utmost to reverse the process of alienation of religious minorities and restore India’s secular credentials. For this purpose, the Congress leadership may stop incisive military operations in the Muslim-majority Jammu and Kashmir in order to assuage the sentiments of the people of the state and entire India as well as have a diplomatic face-saving vis-à-vis Pakistan.

A Congress government may also allow the All Parties Hurriyat Conference, a movement of Kashmiri groups for independence, to engage with Pakistan for a meaningful dialogue. This would certainly improve relations between Pakistan and India.

In case the Congress wins a landslide victory in the elections or have a comfortable majority in the Lok Sabha, it would do its utmost to increase the GDP growth and push for a high growth rate. This again would have to be done on the basis of regional economic integration in which case Pakistan, as explained above, is of extreme importance.