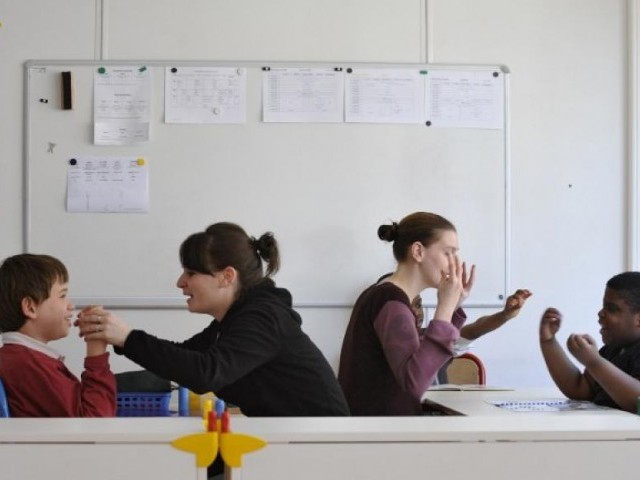 April is Autism awareness month. Despite the staggering statistics, autism remains a disorder lacking widespread awareness. There is paucity of awareness, compassion, and understanding of this syndrome, the fastest-growing developmental disability in the United States and probably in the world.

Autism spectrum disorder (ASD) is estimated to affect more than three million individuals in the US. The Centers for Disease Control and Prevention (CDC) estimates autism’s prevalence as one in 59 children in the US only.

The actual numbers are probably higher in Pakistan as many children remain undiagnosed due to lack of education, awareness, or the stigma attached to diagnosis. Consequently, these children and adolescents have no access to a therapeutic setting which could be pivotal for improving their lives and the lives of people who are supporting them.

Individuals on the spectrum may manifest restricted, repetitive patterns of behaviour, interests, or activities. Autism can be comorbid or co-occurring with many other disorders.

With the cognisance that the world is replete with distractions, with a cacophony of sounds and images constantly beckoning, competing stories continually vying for attention, it is easy to disregard something which does not affect us.

The world today is mired in multifarious, complex and multifaceted problems. In such a milieu, autism, disabilities, learning disorders, vulnerable children, and adults get lost in the shuffle. To compound the situation, the culture of aggressiveness, in dialogue and behaviour, seems to be gaining ascendancy. Be it politicians, celebrities, or the media, it appears the loudest person gets the most traction.

Consequently, such an environment is not conducive to either fostering civility or raising children, especially children who are vulnerable and struggling. Children with special needs suffer isolation, bullying, paucity of relationships, suicidal ideation and suicides. All the studies conducted in the United States on the connection between bullying and disabilities, have found that children with disabilities were two to three times more likely to be bullied than their non-disabled peer.

All of us can play a role in the amelioration of the treatment and acceptance of individuals with disabilities. This would require a systemic approach centered on acceptance and destigmatisation of one’s disabilities. Creating a culture where therapy is accepted within the mainstream environment.

Providing empathy and support to parents besieged by sorrow and with the onus of providing stellar therapies for their child. Teaching normal children to understand social diversity and divergence. Teaching adults to model kind behaviour and language as our homes are a microcosm of the larger community.

Within the context of our country, it is essential for people to realise that no pir or taweez can cure a disability. It is extremely crucial to expound the narrative that nobody holds any culpability for a disability. Truly, no one is at fault; neither the child nor the family. What is needed is therapy, and a paradigm of acceptance, empathy, kindness, and compassion.