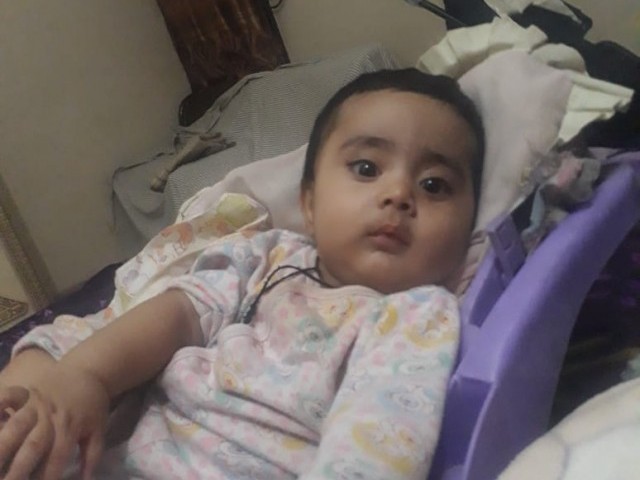 A two-year-old child was fatally shot during an encounter between police and dacoits in Karachi on Tuesday.

The incident took place in the Sachal Area with the child’s parents also sustaining injuries while travelling in a rickshaw.

Ali Sheikh, the child’s father, said the family had gone out for dinner when a stray bullet hit his son Ahsan Sheikh. “When I ran onto the road to see how it had happened I could see police officials fleeing the scene on a motorcycle,” he said.

Police said the infant was killed in an exchange of fire between the law enforcement agency and robbers who were looting citizens.

The dacoits managed to flee the scene during the firing while the victim was hit by a bullet.

Four police officials were taken into custody after the incident.

Imam summoned a report from DIG east and directed a comprehensive inquiry report into the matter.

Imran must apologise if allegations not proven, demands Hamza