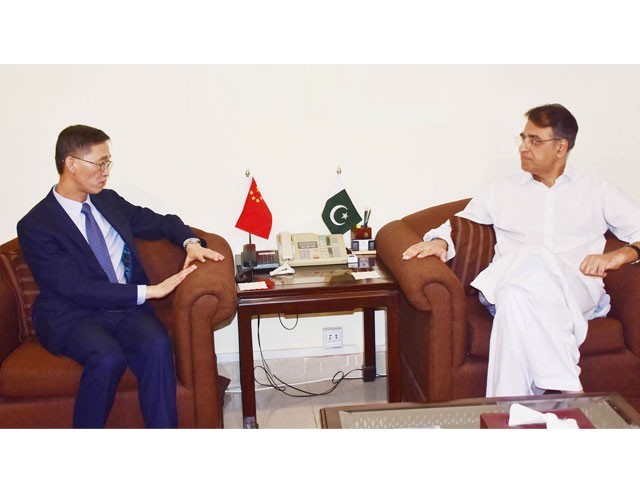 ISLAMABAD: China is a reliable friend and its support is essential for socio-economic development of Pakistan, said Finance Minister Asad Umar.

Exchanging views with Ambassador of People’s Republic of China Yao Jing who called on him on Tuesday, he briefed the envoy about the measures taken by the government for creating conducive environment for foreign investment.

He stressed that Chinese businessmen and investors would also benefit from the current environment by investing in various sectors of Pakistan, particularly agriculture, housing, health, education and energy.

The meeting centred on matters of bilateral importance and the need for further enhancement and expansion of bilateral cooperation was emphasised.

The two sides discussed the ongoing projects being executed under the umbrella of the China-Pakistan Economic Corridor (CPEC).