No end in sight for bar-bench dispute

No end in sight for bar-bench dispute 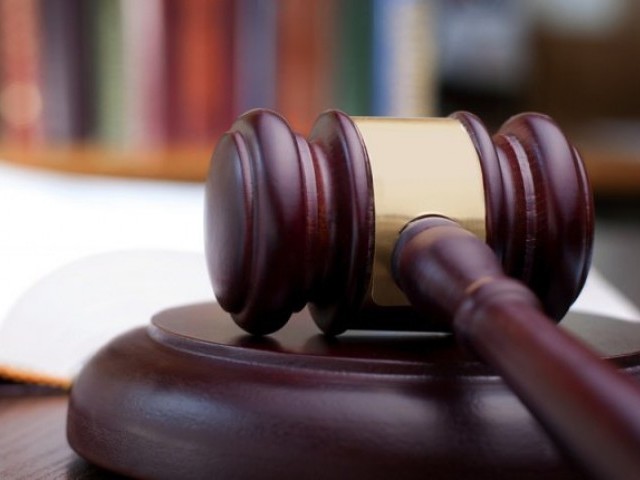 ISLAMABAD: There is no end in sight for the ongoing dispute between the superior judiciary and the bar on the question of registration of cases under Sections 22-A and 22B of the Criminal Procedure Code (CrPC) as decided by the National Judicial Policy Making Committee (NJPMC) on March 11.

The NJPMC – a body which includes all chief justices and which seeks to bring judicial reforms in the country – had resolved that applications under section 22-A CrPC might not be entertained by courts unless accompanied by decision of relevant district superintendent police (SP) for complaints.

In order to consider the NJPMC decision and the ‘prevailing situation arising out of the unrest among the legal fraternity’, a joint meeting of vice-chairmen and other representatives of Pakistan and provincial bar councils including Islamabad Bar Council (IBC) was held on March 20.

The meeting had unanimously called upon the MJPMC to withdraw the said decision “as per numerous press statements of the bar leaders and resolutions of the bar bodies”. The lawyers have since called several strikes but there appears to be a deadlock on the issue.

Hamid Khan Group was main beneficiary during tenure of former chief justice of Pakistan (CJP) Iftikhar Chaudhry as a numbers of lawyers belong to it were inducted in the superior judiciary.

Asma Jahangir Group got major benefits in the post-Chaudhry era and a number of lawyers from this group were appointed superior court judges during the tenure of CJP Mian Saqib Nisar and others.

However, unlike in the past, both sections of lawyers are opposing the incumbent CJP Asif Saeed Khosa’s initiative to bring judicial reforms especially the decision with regard to sections 22A and 22B of CrPC.

A senior lawyer believes that both the groups especially the Hamid Khan Group wants appointment of its members to the superior judiciary and is mounting pressure on the CJP.

However, he admits that there is failure on the part of the judiciary as it could not take on board lawyers before taking initiatives to bring judicial reforms in the country.  He also believes that the CJP should have consulted representatives of bars before taking any such step for expeditious justice.

“Ninety five (95) per cent lawyers in lower courts are doing practice by filing applications under section 22-A CrPC as they are not regular trial lawyers; therefore they fear that such decision may affect their practice,” he added.

The CJP Khosa believes that currently, sessions and additional sessions courts, under the CrPC, 1898, are burdened with cases related to giving directions to the police authorities for registration of cases. He believes such jurisdiction is tantamount to involvement of judiciary in executive functions and is against the principle of separation of powers.

The Pakistan Bar Council (PBC) as the apex body of lawyers on Monday announced that lawyers will hold demonstration in front of the Supreme Court on April 25 to ensure that no lawyer appears before the SC on that day so as to make the strike success.

The PBC Vice Chairman Amjad Shah in his statement announced that lawyers throughout the country will regularly observe strikes on every Thursday against the NJPMC decision in respect of Sections 22A and 22B of CrPC.

He also announced that from April 15 onward no advocate will appear in any model court to join their proceedings till decision of the NJPMC is reversed as demanded by the legal fraternity.

However, the PBC executive member Raheel Kamran Sheikh questioned why the vice chairman is not calling a meeting of the whole body before taking any decision on this issue.