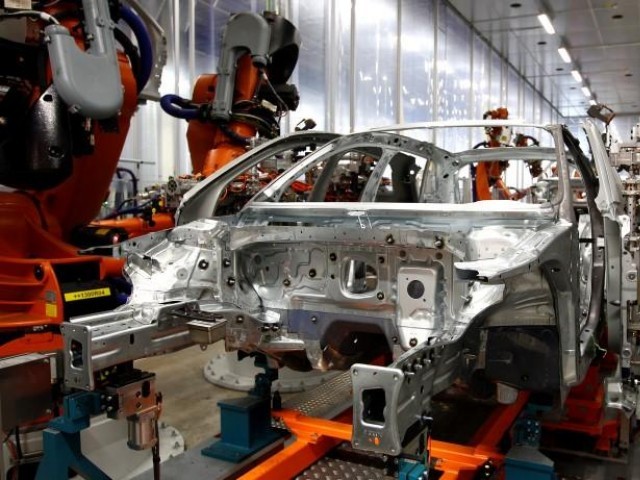 ISLAMABAD: Car manufacturers have agreed to blacklist the dealers involved in illegally demanding premium from car buyers on the delivery of new vehicles.

The government has also decided to establish a regulatory framework to keep a check on the auto industry players illicitly charging premium from customers on the delivery of new vehicles.

This came after the government took notice of the longstanding practice of forcing car buyers to pay more than the price of vehicles for their early delivery.

Prime Minister Imran Khan has already constituted a committee comprising the law minister, finance minister and an adviser. The committee will develop a regulatory framework including penal provisions, if required, within three weeks to tackle the illegal demand for premium by car dealers over and above the invoice price.

While establishing the framework, the focus may be on the capacity and production standards of vehicle manufacturers as well as vehicle safety standards. According to officials, the committee will submit its report to the cabinet for approval and compliance.

Adviser to Prime Minister on Commerce, Textile and Industry Abdul Razak Dawood and automakers reached an agreement on discouraging the practice of demanding premium at a high-level meeting on Monday. Officials of the Engineering Development Board (EDB) were also present in the huddle.

During the meeting, the car manufacturers ruled out their involvement in premium collection on the delivery of cars.

The meeting came in the wake of directives by the cabinet to initiate a crackdown on the carmakers charging premium in collusion with the dealers. Car dealers acknowledged that some of the dealers were involved in the illegal premium collection. Consequently, both the car industry and government officials agreed to launch a crackdown on the dealers.

The previous Pakistan Muslim League-Nawaz (PML-N) government had approved the new Auto Development Policy 2016-21 with tax incentives for new entrants to break the cartel of three dominating automakers in Pakistan.

It introduced the new policy in an attempt to prevent consumers from exploitation. In the policy, the government decided that payment at the time of booking a vehicle should not be more than 50% of the total cost and the delivery of vehicles should be within two months. Also, the car assemblers will be bound to pay a price at Kibor plus 2% prevailing at the date of final delivery in case the delivery of cars to the consumers is delayed.