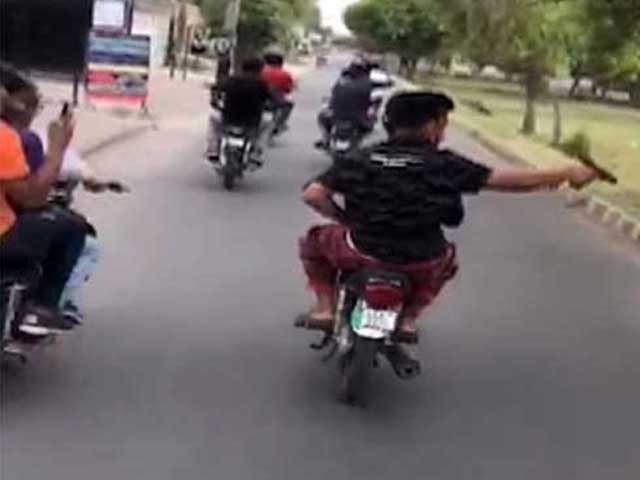 751 Group – a gang of motorcycle riders in Lahore – resorted to aerial firing in the city’s Mustafa Town, spreading panic among citizens on Monday.

A video of the whole episode, most likely filmed by a member of the notorious gang, has also gone viral on social media, in which pillion riding youths can be seen using 9mm pistols for aerial firing while chanting slogans with euphoric sense of freedom.

No action could be taken against the culprits despite several Safe City project cameras installed in the area. However, police have formed a probe team to bring those involved to book after registering a complaint over the incident.

The gang is also involved in reckless driving and one-wheeling, which they considered as game of pride.