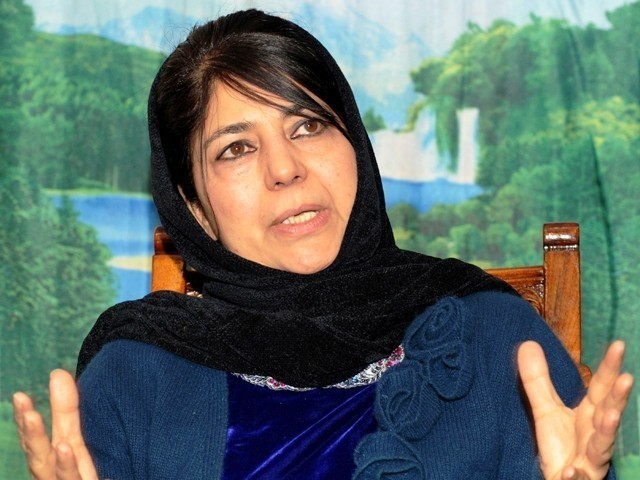 The convoy of Jammu and Kashmir Peoples Democratic Party (PDP) President Mehbooba Mufti was attacked by a mob in Anantnag district of Indian Occupied Kashmir on Monday, NDTV reported.

Mufti was returning to Bijbehara after a visit to a shrine at Khirram in Anantnag district when the attack took place.

The mob started pelting stones at the convoy resulting in injury to the driver.

Mehbooba Mufti is contesting in the ongoing elections in India from  Anantnag. She had won this seat in 2014.

In a Twitter post, Mehboob Mufti said that Indian Prime Minister Narendra Modi-led Bharatiya Janata Party (BJP) is trying to intensify the tensions in Kashmir in order to win their support during the elections.

Mufti said that the BJP is using national security as a guise to prepare ground for another Balakot kind strike.

Elections in the south Kashmir constituency will be held in three phases from April 29 to May 6.