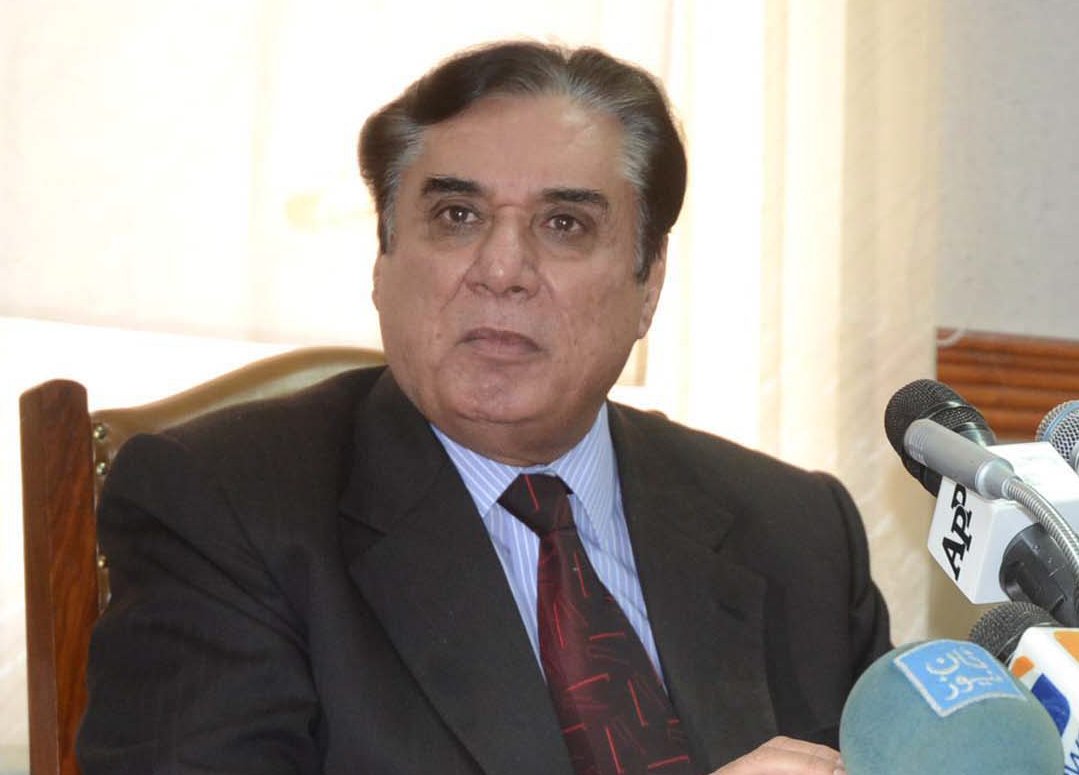 LAHORE: National Accountability Bureau (NAB), Justice (retd) Javed Iqbal, on Monday directed for the withdrawal of summons issued to the wife and daughter of Pakistan Muslim League-Nawaz (PML-N) President Shehbaz Sharif and sending them a questionnaire instead, said a statement issued here.

Iqbal, the statement said, visited Lahore bureau office and received a briefing from the Director General Shahzad Saleem about the latest status of assets beyond means and the money laundering cases against the Sharif family.

The statement comes as Shahbaz’s son, Hamza, appeared before a combined investigations team at the NAB complex Thokar Niaz Beg in Lahore in Ramzan Sugar Mill corruption case. He was questioned for over an hour by the team.

Last weekend, NAB issued summons to the family of Shehbaz Sharif for this week to question them in connection with a case related to assets beyond known sources of income. NAB had also requested the interior ministry put names of four female members of the Sharif family on the Exit Control List (ECL).

On Saturday, when a NAB team arrived at the residences of Shehbaz’s family members to deliver the summons, the move was mistaken as another raid, causing panic among the PML-N supporters, who gathered outside the residences to protest against the “raid”.

However, NAB later said that its team escorted by a police van visited houses of Shehbaz’s kin to deliver the notice according to the law. The summons were issued to Shehbaz’s wife Nusrat Shehbaz Sharif on April 17 and his daughters – Rabia Imran and Javeria Ali – on April 18 and April 19, respectively.

The NAB asked them to provide documents regarding sources, details and purpose of all “foreign remittances” claimed or received by them, sources of funds for acquisition and increase in their assets during 2008-17.

The family was accused of misusing of public funds and authority for building a drain to facilitate Ramzan Sugar Mill in Chiniot at the time of Shahbaz Sharif as the chief minister. At least Rs200 million from government exchequer were spent for the purpose.

On Tuesday, Hamza is expectedto appear before NAB in money laundering and assets beyond means case. He had also showed up in the case last Friday. However, he could not convince NAB team despite spending a lot of time, answering their queries and handing them certain documents.

According to the NAB statement on Monday, Justice (retd) Iqbal directed the bureau’s Lahore Director General Shahzad Saleem to cancel the summons issued to the female members of the Sharif family and instead, send questionnaire to them.

The statement said that the decision to cancel the summons “proves that NAB firmly believes in respect for women. The questionnaire, it added, “will be dispatched later today [Monday]”. According to the statement, the NAB chairman had decided to personally supervise all the cases against the Sharif family.

During the visit to the NAB Lahore, the chairman stressed the need for ensuring a uniform implementation of accountability laws. He urged all officers to pursue cases without any discrimination. “NAB is an independent institution that does not have any sort of affiliation with any political party.”