Youth were killed during a 'cordon and search' operat­ion
By News Desk
Published: April 13, 2019
Tweet Email 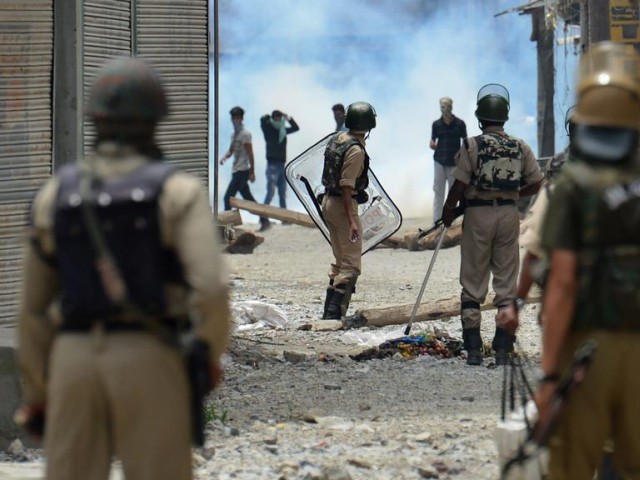 The individuals were killed during a ‘cordon and search’ operation in the Gahand area of the district.

On April 12, a 12-year-old boy was martyred as Indian forces continued their state-sanctioned brutality in the occupied valley.

According to Kashmir Media Service, Indian troops conducted a ‘cordon-and-search’ operation in IoK’s Kupwara district during which the minor lost his life. In response to the brutal act of violence, protests were held all across the district while the authorities suspended internet services.

Minor run over by Indian army vehicle in occupied Kashmir