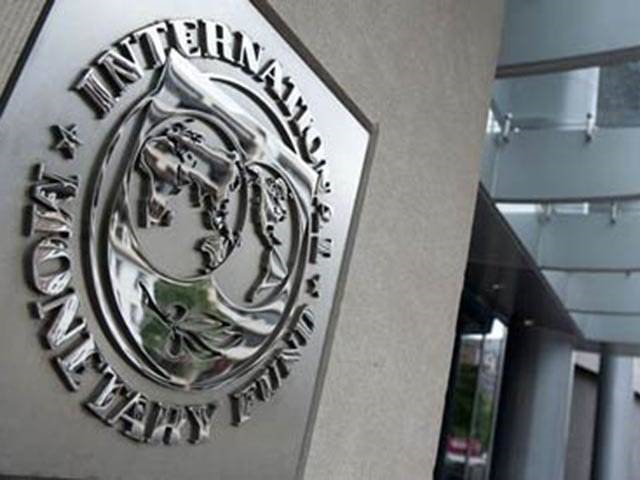 The projected growth rate for next year was unchanged at 3.6%. PHOTO: FILE

ISLAMABAD: Chinese financial assistance — which in recent years has immensely helped Islamabad in meeting its pressing needs — is one of the main reasons for the delay in the International Monetary Fund’s (IMF) bailout package for Pakistan.

The IMF’s conditions for signing the deal with Pakistan include sharing details of Chinese loans, increasing the power tariff, adjustments in the exchange rate and fiscal policies and imposition of taxes. These have been the sticking points since November last year, said government sources.

However, the media has primarily remained focused on the conditions about the exchange rate policy and electricity prices.

The IMF has not backed out from its demand of a complete disclosure of all types of financial cooperation between Pakistan and China, sources in the finance ministry told The Express Tribune.

The economic cooperation between Beijing and Islamabad is not only limited to the China-Pakistan Economic Corridor (CPEC). Pakistan has launched projects of national importance with Chinese assistance including those related to infrastructure development, nuclear power plants, joint manufacturing of JF-17 Thunder fighter aircraft and procurement of submarines.

Besides, China has provided commercial loans to Pakistan. Over $6.5 billion in commercial loans have been provided to the country in the past two and a half years alone. In July, China also deposited $2 billion with the State Bank of Pakistan.

The sources said that it was impossible for Pakistan to share the details of every Chinese loan with the IMF and that was prolonging the talks.

Pakistan began formal engagements with the IMF in September last year and negotiations have continued for the past eight months — making them the country’s most protracted talks with the global lender.

Finance Minister Asad Umar had vowed that he would be able to clinch a deal during his current visit to Washington. But there has been no announcement so far and the minister would return to Pakistan at the weekend.

The military establishment has already declared the economy a matter of national security.

The National Security Council has also raised apprehensions over the implications of the IMF deal on CPEC.

On April 5, three days before Umar’s departure to Washington, three US Congress members wrote a letter to US Treasury Secretary Steven Mnuchin and Secretary of State Mike Pompeo. They opposed the IMF bailout package for Pakistan seeking “transparency” in CPEC financing deals.

In October last year, Umar said Pakistan would share “normal debt-related information about CPEC with the IMF”. But that did not satisfy the global lender, which demanded a complete disclosure and the matter remained under discussion during face-to-face meetings and video conferences, the sources said.

Later in the same month, the finance minister said the US had only 16.5% voting rights and the decision on Pakistan’s request would be taken by the IMF’s executive board with a 51% majority vote.

Dr Khaqan Najeeb, adviser and spokesperson for the finance ministry, told The Express Tribune that debt sustainability and managing the twin deficits at sustainable levels continued to be the focus of “productive” engagements with the IMF.

The global lender is seeking the details of all Chinese loans for an accurate analysis of Pakistan’s debt sustainability.

In its recent report, the IMF has estimated that the country’s debt-to-GDP ratio would peak to over 83% by 2023.

Pakistan’s debt sustainability indicators have significantly worsened during the past two years — some have already crossed the red line including short-term debt and maturing debt within a year.

Pakistan and China have signed about half a dozen loan projects worth $6.2 billion under CPEC. However, the IMF is seeking details of energy sector loans and financing of projects related to defence.

Pakistan and China have taken a unanimous position that power sector projects are in the private sector with an overall debt-equity ratio of 75:25. The private loans are normally for a term of 10-12 years and a grace period of 2-4 years. Infrastructure projects are financed through concessional bilateral loans from China for 20 years and a grace period of five years.

CPEC envisages projects in various sectors with a total financial outlay of around $49 billion and $34 billion in the energy sector.

In 2015, the IMF sought the financing details of the K2 and K3 nuclear power plants that China is financing through a $6.7 billion loan. However, the then finance minister, Ishaq Dar, refused to provide them to the global lender.

During staff-level programme talks, Pakistan claimed covering 80% of ground but during the past five months, it has failed to make progress in the remaining 20%.

Prime Minister Imran Khan held a meeting with Christine Lagarde, the managing director of the IMF, on the sidelines of the World Government Summit in Dubai in February but that also did not help in breaking the logjam.