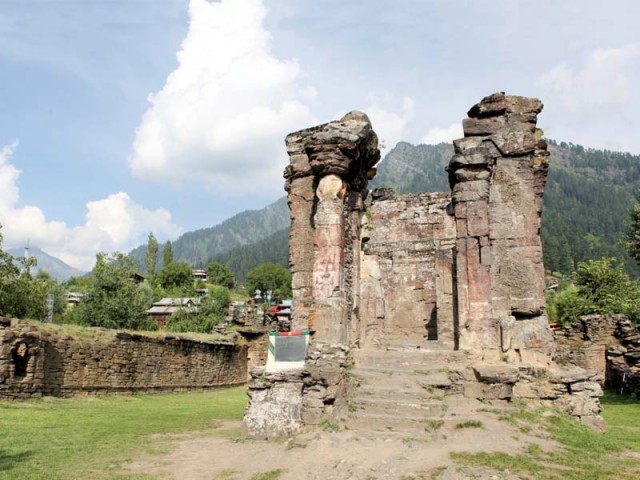 Out of the 400 temples in Pakistan, only 13 temples are operational where the Hindus perform their religious rituals. PHOTOS: HUMA CHOUDHARY/EXPRESS

LAHORE: Following the Kartarpur Corridor – a project that connects Gurdwara Darbar Sahib in Pakistan’s Narowal district with Dera Baba Nanak in India’s Gurdaspur District – the government has now decided to restore and reopen Hindu temples across the country in phases and for that, a policy has also been formulated, according to sources in the Evacuee Trust Property Board.

The process will begin with two historic temples in Sialkot and Peshawar.

“In one year, at least one to two temples will be made operation by the government after the required restoration work,” said sources in the Evacuee Trust Property Board.

Once the temples are made functional, Hindus from India, Canada, England, the United States and other countries will be able to visit the historical temples in Pakistan.

Out of the 400 temples in Pakistan, only 13 temples are operational where members of the Hindu community perform their religious rituals.

According to a recent estimate, sources in the Evacuee Trust Property Board said, “Four temples are operational in Punjab, seven in Sindh and two in Khyber-Pakhtunkhwa (K-P).”

In March this year, Pakistan also gave a green single to open Sharda Temple Corridor in Azad Jammu and Kashmir (AJK) for Hindu pilgrims, particularly in the neighbouring country.

Sharda temple is one of the most ancient temples of Hindus. This temple is about 5,000 years old which was established in 237 BC during the reign of Maharaja Ashoka.