Water projects in Karachi, Gwadar to remain incomplete in FY20

Water projects in Karachi, Gwadar to remain incomplete in FY20 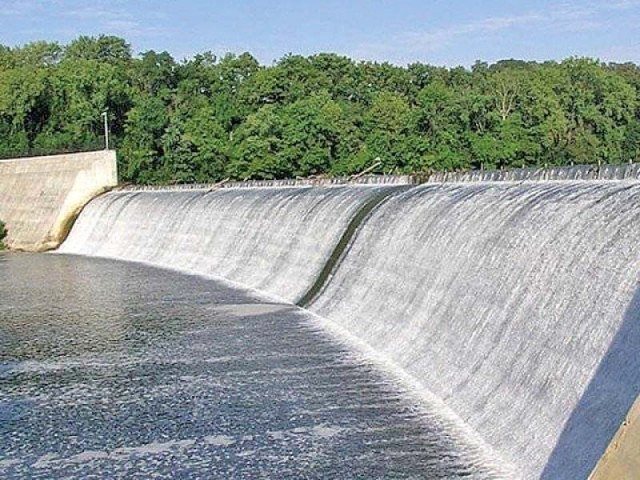 ISLAMABAD: Water treatment projects of the China-Pakistan Economic Corridor (CPEC) for Gwadar and Karachi will not be completed in the next financial year as the federal government has not allocated sufficient funds in the next budget.

The Senate Standing Committee on Finance and Revenue on Tuesday approved an allocation of Rs30 billion for the finance ministry and the Federal Board of Revenue (FBR), but without scrutinising individual projects. The proposed allocation for fiscal year 2019-20 is subject to endorsement by the Priorities Committee and the Annual Plan Coordination Committee, which is expected to meet next month.

Headed by Senator Farooq H Naek, the standing committee approved allocation of Rs18 billion for the finance ministry and Rs12 billion for the FBR’s ongoing and new projects.

The government faces serious budgetary constraints, forcing it to massively cut development spending. In the next fiscal year, the chances for fund allocations as per requirements of the Ministry of Planning and Development are not very high.

Against total requirement of Rs31.6 billion, the Ministry of Finance has proposed Rs7.4 billion for the federally funded seven projects in Balochistan. Only two ongoing schemes will receive full funding.

Against the requirement of Rs2.9 billion, the five-million-gallon-per-day desalination plant at Gwadar, being set up under CPEC, is likely to receive only Rs400 million in the next fiscal year.

The project for construction of Dirgi-Shaboai road will receive Rs800 million against the total requirement of Rs4.2 billion.

The Development of Ziarat Town project, started in 2016, and Gwadar Safe City project will receive full funding and are expected to be completed in the next fiscal year.

Eight projects of Sindh, being funded by the Ministry of Finance, have been proposed to get Rs2.7 billion against the remaining requirement of Rs10.2 billion. However, two projects of the province have been given full funding.

For the Greater Karachi Sewerage Plant (S-III), the government has not allocated any funds against its remaining share of Rs862 million. The project is being implemented since 2008.

The Lyari Expressway Resettlement project, started in 2002, will receive Rs500 million against the remaining requirement of Rs4.3 billion.

The Shaheed Benazir Bhutto Hospital Nawabshah has been proposed to get the full funding of Rs408.2 million.

The urban water supply scheme of Nawabshah has not got any allocation against the remaining requirement of Rs483 million. Likewise, the establishment of a combined effluent treatment plant for the industrial area of Karachi will get Rs1 billion against the need for Rs2.9 billion.

The federally funded projects will not receive full funding despite an announcement by Prime Minister Imran Khan to give a Rs162-billion package to Karachi. Against three remaining projects, two projects of K-P will get full funding. Total requirement for the three projects is estimated at Rs3.4 billion and the government has proposed Rs1.8 billion for next year.