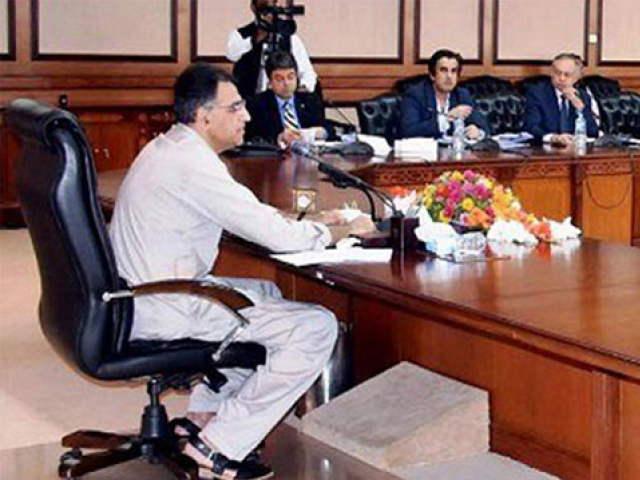 Committee expresses its deep concerns over the increase in prices of medicines and food items. PHOTO: RADIO PAK

The Economic Coordination Committee (ECC) on Monday approved a supplementary grant of Rs500 million for the construction for an additional carriageway on the Torkham-Jalalabad road under the Prime Minister’s Program for Reconstruction of Afghanistan, Radio Pakistan reported.

The meeting chaired by Finance Minister Asad Umar in Islamabad noted that the decision will not only benefit the people and the business community of Pakistan and Afghanistan but also help promote trade between the two neighboring countries as well as the central Asian States.

Earlier in January, Prime Minister Imran Khan said he had tasked officials to make arrangements such that the Torkham border crossing of the Pak-Afghan border can remain open 24 hours a day, within a span of six months.

“This step will be instrumental in boosting bilateral trade & enhancing people to people contacts between the two brotherly countries,” he had said at the time.

The revival committee on Pakistan Steel Mills Corporation also gave a comprehensive presentation to the ECC proposing various recommendations to convert the steel mills into a profitable and competitive organisation.

The ECC directed the Industries and Production Division and Privatisation Commission to submit formal recommendations in the form of a summary for a final decision.

The committee also expressed deep concerns over the increase in prices of medicines and food items. It directed the Ministries of Food Security and National Health Services to take practical measures to arrest the current trend of rise in prices.

The Petroleum Division briefed the ECC on the status of recoveries of gas infrastructure development for different industrial sections.

The committee was also informed about the litigation in different courts of law, which had inhibited the collection of revenue during the recent years.