Facebook says has made headway against abuses ahead of India election

Facebook says has made headway against abuses ahead of India election

Such as the abilit­y to detect when videos had been doctor­ed
By Reuters
Published: April 8, 2019
Tweet Email 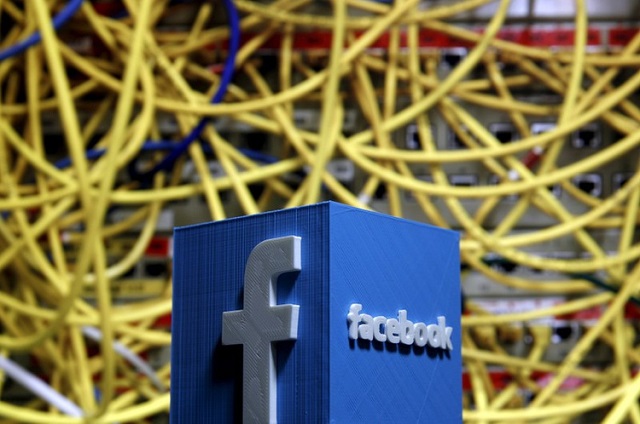 A 3D plastic representation of the Facebook logo is seen in front of displayed cables in this illustration in Zenica, Bosnia and Herzegovina May 13, 2015. PHOTO: REUTERS

MENLO PARK: Facebook has said it has made strides in its efforts to prevent online abuses in the Indian national election that starts this week but acknowledged that gaps remain in its “election integrity” efforts.

During a media tour of the company’s election operations center at its Menlo Park headquarters in California on Friday, company officials touted new fact-checking efforts for suppressing misinformation and technological advances such as the ability to detect when videos had been doctored.

Excoriated for failing to stop Russian manipulation in the 2016 US presidential vote, Facebook has ramped up efforts to prevent abuses in subsequent elections, including the 2018 American midterms and the recent Brazilian and Mexican contests. Governments in many countries, including India and the UK, are contemplating strict new regulations for social media companies.

India, where Facebook has more users than in any other country, is shaping up as a major test. On April 1, the company said it had removed more than 500 accounts and 138 pages linked to India’s opposition Congress party for “coordinated inauthentic behavior,” Facebook’s term for the use of fake accounts and other deceptive methods to promote a message.

It also took down a page with 2 million followers which, according to Facebook’s review partner Atlantic Council think tank, was “pro-BJP” (India’s ruling Bharatiya Janata Party) and a supporter of Prime Minister Narendra Modi.

Harbath said the company can now quickly detect viral, politically sensitive stories and refer them for fact-checking by outside organizations. The officials also touted heavy investment in technology for detecting doctored videos and text inside pictures but acknowledged that they have been unable to stop some duplicates of videos that have been identified as spurious.

Facebook has partnered with seven fact-checkers in India. If a post is found to be untrue, the company says it reduces the circulation of such fake posts by more than 80 per cent, but slightly modified versions of the same images, video or text can escape detection and spread further.

Reuters earlier this month found instances of edited posts circulating on Facebook which the company’s own fact-checkers had said were false.

Deceptive political advertising has become another hot-button problem for the company. Facebook has toughened the rules in India and political ads now include “published by” and “paid by” disclaimers. Users can also access a library that allows them to search and find out more about political advertisements.

Harbath said political ad purchases in India now require either a certificate from the Election Commission or a physical address in India, as well as a phone number and group name of the entity purchasing the ad.

While Facebook will check that the address and phone number are legitimate, the company agreed that the same person could make up multiple entities at the same address, without any available record of the original source of money.

“This is a great example, we think, of where there needs to be more regulation,” Harbath said.