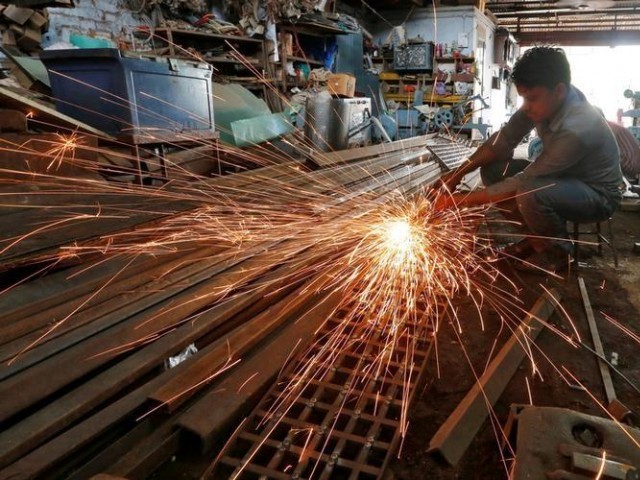 Unfortunately, Pakistan’s growth rate has been considerably lower than its regional peers. The State Bank of Pakistan (SBP) expects the real gross domestic product (GDP) growth rate to be around 3.5% in the current fiscal year.

The slow GDP growth is a source of major concern. The economy faces challenges on several fronts. Although the balance of payments crisis and the fiscal deficit must be addressed, the lack of investment and savings demands equal attention as well.

As the debate continues as to how Pakistan may achieve better economic growth, several experts have correctly identified the immediate need for economic stability to attract investment and propel growth. Currently, the balance of payments crisis, rising discount rate and growing fiscal deficit have exacerbated the economic woes. The expected IMF package can help alleviate some concerns.

As mentioned earlier, the lack of adequate investment in Pakistan has been contributing to adverse economic conditions. According to data from the World Development Indicators, Pakistan reported the gross fixed capital formation (GFCF) as a percentage of GDP, which indicates the level of investment outlay, at 14.5% in 2017. In comparison, the average for the South Asian region was 27.2%. In 2011, the value for Pakistan was 12.5%, the lowest since 1973. On the other hand, the average for the South Asian region peaked at 32.7% in 2007.

Gross savings for Pakistan at 20% of GDP are also considerably lower than the South Asian average of 30.1%. The average for the least developed countries (LDCs), the group of most economically vulnerable countries, is higher at 26%. However, in the mid-2000s, Pakistan had closed the gap between itself and its regional counterparts as it achieved savings rates above 25%.

The collapse in gross savings as a percentage of GDP started post-2005 as the country went through a phase of higher inflation coupled with a growing balance of payments crisis.

Sustained investments in manufacturing activities are crucial. Value addition by the manufacturing sector as a percentage of GDP in Pakistan was the highest ever in 2005, peaking at 17.5%. It was the only instance in the last four decades when the value addition beat the average for the South Asian region.

Adding to the woes, the data on national accounts, reported by the UN Statistics Division, showed that the final consumption expenditure was 93.7% of Pakistan’s GDP. In comparison, the average for the South Asian region was 71.7%. De-industrialisation in Pakistan along with an unsustainable preference for consumption needs to be reverted with policies that promote investment in the manufacturing sector.

Pakistan is one of the largest producers of cotton in the world and the textile industry is the largest contributor to GDP within the manufacturing sector. Hence, its contribution to the economy cannot be discounted. However, the investment by domestic producers has lagged behind compared to other countries, which have experienced significant gains in textile exports in recent years.

In 2005, Pakistan imported more textile machinery than Bangladesh and Vietnam combined. In 2017, the value was almost 60% of what reported by Vietnam and 67% of the figure reported by Bangladesh.

In 2005, textile exports from Pakistan were higher than exports from both Bangladesh and Vietnam. In 2017, the two countries considerably outperformed Pakistan. The lack of new investments in the textile industry has contributed to the decline in exports.

Foreign direct investment (FDI) inflow into Pakistan, as reported by the World Investment Report 2018 prepared by UNCTAD, peaked in the mid-2000s. Pakistan reported approximately $5.6 billion of foreign investment inflow in 2007. In 2012, the amount had decreased to just $860 million, the lowest since 2004.

Although the amount recovered to more than $2.8 billion in 2017, the South Asian region received $52 billion. However, it is important to note that with the advent of CPEC in 2015, several Greenfield FDI projects were announced in Pakistan.

With several new investment projects by various trading partners being announced in the current fiscal year as well, a quick implementation of such projects is crucial. However, a majority of the foreign investment inflow into Pakistan in recent years was primarily in the power and construction sectors. The preference should now shift towards the manufacturing sector.

It is imperative that Pakistan introduces incentives as well as performance requirements to promote export-oriented investment in the manufacturing sector. Although various incentives are commonly provided for new investments, it is crucial that incentives are linked to the performance targets, which not only emphasise the need for local employment but also for export performance.

Foreign investors must be required to meet foreign standards and production requirements. As the World Investment 2018 Report recommends, it is essential that industrial policies cover a myriad of objectives, such as participation in global value chains and alleviation of poverty through employment and production linkages with small and medium enterprises.